New terror in South Asia: Decoding the rise of IS and Pakistan Taliban

The ethnic permutations and combinations have changed, region-wise 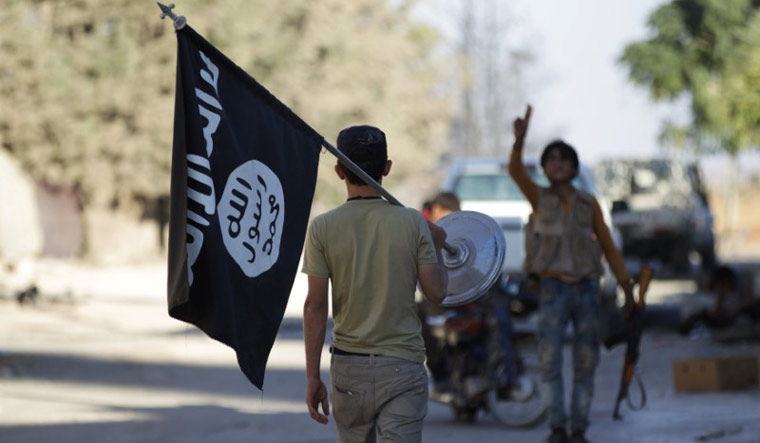 In September 2018, a powerful blast ripped through a busy market in the restive-but-picturesque Khyber Pakhtunkhwa province in Pakistan. The dastardly attack left more than two dozen dead and scores injured, according to local news reports. Among the deceased were Amrat Lal, Mannat Lal and Saram Chand, three Hindu traders and breadwinners of the respective poor families. THE WEEK reached out to the Hindu community members close to the men who died, but they refused to talk on how the religious minorities took the impact. The main target of the attackers seem to be  another set of minorities, Shias, who suffered the most casualties as the bomb exploded outside a religious seminary. The Islamic State or Daesh took responsibility for the attack. It occurred in the volatile Orakzai agency, and it was neither the first nor the last terrorist activity recorded there. But, the 2018 blast case gives a better understanding of the gene material and behaviour of the current Islamic State Khorasan Province (ISKP), that is wreaking havoc in the neighbouring Afghanistan.

What happened in Orakzai was implemented on a much larger scale by ISKP in the last one week through suicide bombing, which led to around 100 deaths of Shias in two separate incidents even as Taliban struggles to contain the radical islamist group which has its roots in Orakzai agency. It is from here that the first batch of ISKP members emerged. The first emir, or head, of the ISKP was Hafiz Saeed Khan or Mullah Saeed Orakzai, who pledged allegiance to Abu Bakr Al Baghdadi in late 2014. He was earlier associated with the Afghanistan and Pakistan Taliban movements. Before his death in a drone strike in 2016, Khan, along with his fighters from Orakzai agency, crossed the porous mountainous border to setup a base in Nangarhar province in Afghanistan. The ISKP consolidated there, terrorising the locals and even occupying certain parts of territory including the Tora Bora caves which was once the hideout of the 9/11 mastermind and Al Qaeda founder, Osama Bin Laden. In the following years, ISKP received moral and financial support from the main IS branch in Syria and Iraq which helped it take on both the Taliban and the Afghan government forces.

Around the same time, there was also an influx of foreign fighters into ISKP, and a group of youngsters from Kerala also made their way to Nangarhar. While the men died, the fate of the women who accompanied them is unknown after they were lodged in prison by the Afghan government. Hafeez Saeed Khan or the subsequent leadership from Orakzai may not be alive today, but their objectives of targeting civilians and minorities continue to be implemented in toto by their successors. The ISKP bombed a school in Kabul last year leading to dozens of deaths of girl students belongaing to an ethnic minority, Hazaras who are mostly Shias. In the same year, ISKP members stormed a gurudwara killing more than 20 Sikhs, a religious minority in Afghanistan.

All these years, in many instances, the ISKP failed to showcase itself as a single unit. For instance, in the norther province of Jowzjan, a local commander raised the banner of ISKP and fought the Taliban, which resulted in a bloody battle in Darzab district between the two groups in 2018, which extended for days. There is no evidence that this self-styled group were backed by ISKP supporters from the eastern Afghanistan, where it had significant presence.

The permutations and combinations also changed region-wise. In Jowzjan, the Afghanistan government was accused of being soft on the ISKP group fighting Taliban, giving them an opportunity to surrender when they were cornered by the Taliban, thus saving their lives. In Sar-e-Pol, the Taliban and the ISKP launched joint operations against the pro-Afghanistan government forces. In eastern Afghanistan, reports suggested that ISKP fought the alliance of the Taliban and the Afghanistan forces. Then there are also independent cells, especially in urban areas of the country, who act in the interest of ISKP.

However, it is a thing of the past. The war between the Taliban and the Islamic Republic of Afghanistan government seem to have helped the ISKP redraw its strategy and rework its organisational setup.

After the Taliban takeover of the country, the battlefield is no more foggy for the ISKP. With a fighter strength of close to 4,000, the ISKP have branded the Taliban as Western stooges while portraying themselves as the true jihadists, who want to form a caliphate in the Khorasan region, beyond Afghanistan, covering Pakistan, India, Iran and neighbouring countries.

The sudden resurgence of ISKP is evident.  From large-scale suicide blasts to low-intensity targeted attacks on the Taliban, the ISKP has stepped up in a big way. According to Jihad Analytics, a Twitter account specialising in tracking global jihad with special focus on Islamic State, there is a huge increase in attacks of ISKP after September 18. As per the data compiled by Jihad Analytics, which takes into account ISKP media announcements and ground news, the group has claimed to conduct 27 attacks in a span of just 10 days in September month in the provinces of Nangarhar, Kunar, Parwan and Kabul. Most of the attacks took place in Jalalabad, capital of Nangarhar province. The analysis shows that almost all these attacks were aimed at the Taliban. It can be said that after the Taliban seized power, ISKP have resorted to around 40 attacks till date, almost averaging an attack a day. The ISKP struck at the funeral memory service of the mother of the Taliban spokesperson Zabiullah Mujahid, and also killed a district police chief of the Taliban. There is an overwhelming feeling among analysts and journalists covering Afghanistan that in the coming days hardliners within the Taliban and also the disgruntled factions might switchover to the ISKP.

A stronger and lethal Islamic State can influence events beyond Afghanistan and further destabilise the region. In Peshawar, a Sikh minority member was killed, and in Kashmir, a Hindu vendor was gunned down. The Islamic State members claimed responsibility for the terror acts. In the coming days, experts feel that ISKP will take the role of major insurgent in Afghanistan, and this may once again attract a number of foreign fighters. Already, the ISKP cadre is believed to include Pakistanis, Indians, Uzbeks, Chechens and Europeans. For India, the worry would be to ensure that there is no repeat of what happened in Kerala, and youngsters from the country don’t end up in the neighbourhood, or worse, feel motivated to act at home. In the context of Pakistan, a stronger ISKP may help the country in lobbying harder for legitimacy to the Taliban and projecting ISKP as the primary global threat.

However, trouble is brewing for Pakistan in its own house. The Tehrik-e-Taliban, like ISKP, got a booster shot following the Taliban victory in Afghanistan. Reports and analysis suggest that the TTP is backed by some sections of the Afghanistan Taliban. It is a well-known fact that the Pashtun belt in Pakistan and Afghanistan is cut by the Durand line, which divides both countries. However, the relations between the Pashtun tribes, who share similar social codes and culture, are very strong. The Taliban has always been known to be a movement spearheaded and dominated by the Pashtuns and influenced by their lifestyle. The TTP was formed in 2007 by Baitullah Mehsud, who hailed from Waziristan districts.

The Pakistan government understands that many of the TTP members take shelter in Afghanistan and, sometimes, use it as launch pads for attacks inside Pakistan. In a recent interview to an international news channel, Pakistan Prime Minister Imran Khan hinted that the Afghan Taliban was mediating between the two sides to restore peace. Despite that, the TTP has continued its attacks on Pakistan army.

The TTP is active in the provinces of KP and Balochistan which has a high number of Pashtuns. Within KP, the TTP has been able to make noises in north Waziristan district of KP. The TTP’s main aim is the imposition of Sharia in Pakistan, like in Afghanistan. However, the TTP’s engine runs almost entirely on the alleged injustice meted out to the Pashtuns by the Pakistani government. The TTP is building on the narrative that it is not just a clash between Pakistan establishment and TTP but a war between Punjabis and Pashtuns. TTP supporters could be frequently seen slotting the Pakistan establishment as those of Punjabis. The propaganda videos of the TTP show footages of aerial bombings of houses in tribal areas, and also mention indiscriminate killings of tribals. Through high-quality videos and slick editing, the TTP is extremely strong in their social media game. Whether it is on Twitter or on Facebook, users can see a number of videos of past and present TTP fighters praising their heroics through songs. That apart, a number of videos uploaded at regular frequency by the group show how Pakistan army soldiers or vehicles are attacked, blown up or shot at by the TTP.

There are videos which give a glimpse of how militants prepare before they attack Pakistani forces. According to Pakistan Institute for Peace Studies, an Islamabad-based think-tank, the TTP conducted 55 attacks between July and September which involved IEDs, suicide bombers and ambushes. Recently, when Pakistan government offered amnesty to TTP fighters for laying down their weapons, the group outrightly rejected the offer, and vowed to continue their fight. It is naive to expect that the Afghanistan Taliban will turn on the TTP leaders or fighters in their territory, or aid Pakistan in dismantling the network, as both are tied by ethnicity and ideology. At a time when Pakistan is campaigning for legitimacy to one Taliban at global stage, it has to neutralise another Taliban at domestic level.