Police arrested the suspect and recovered a knife 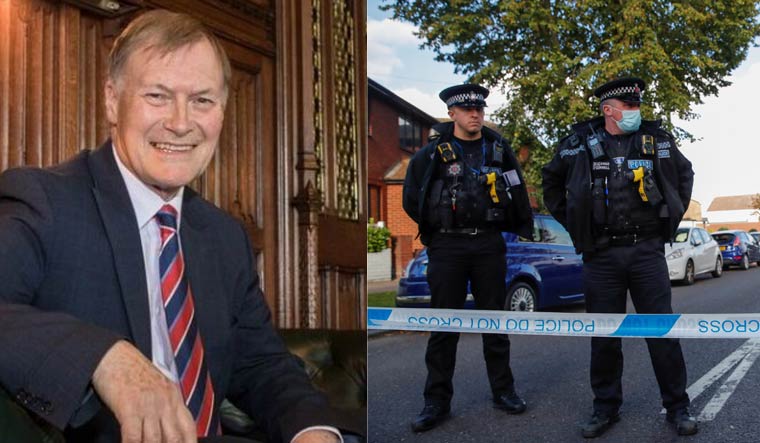 Collage: Conservative MP David Amess, police standing at the site where he was stabbed to death | Twitter, Reuters

Police said the killing of British MP David Amess was a 'terrorist incident', and that they believe the attacker acted alone. Amess died after he was stabbed during a meeting with constituents at a church in Leigh-on-Sea, Essex, on Friday.

Police arrested the suspect and recovered a knife. The Metropolitan Police said in a statement released early Saturday that the early investigation into the slaying of Conservative lawmaker Amess has revealed a potential motivation linked to Islamist extremism. As part of the investigation, officers are carrying out searches at two addresses in the London area.

The supect is a British national who appears to be of Somali heritage, the BBC stated in a report, quoting government sources.

Amess, 69, had been a member of Parliament for Southend West, which includes Leigh-on-Sea, since 1997, and was a lawmaker since 1983. He was a prominent campaigner against abortion and on animal welfare issues, the BBC reported.