As per the JCPOA deal, Iran was prohibited from enriching uranium above 3.6 per cent 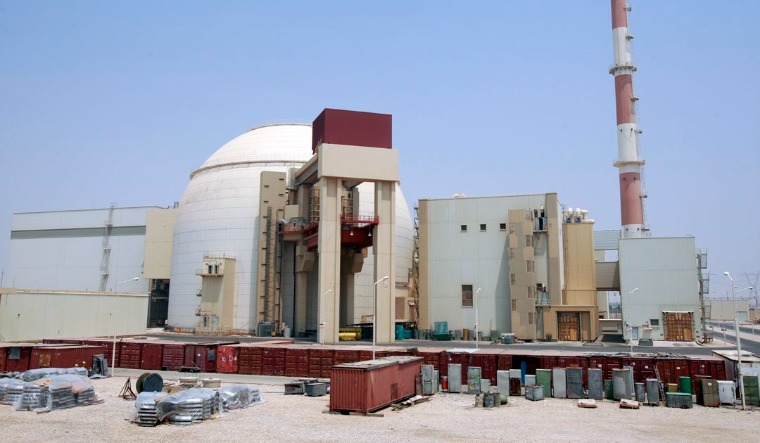 Mohammad Eslami said in an interview with state TV late Saturday that under the 2015 nuclear deal with world powers the other signatories were to provide Iran with 20 per cent enriched uranium needed for its research reactor.

“But it was not delivered," he said. "If we did not produce it by ourselves this would have turned into one of our problems.”

Under the terms of the nuclear deal, Iran was prohibited from enriching uranium above 3.67 per cent with the exception of its research reactor activities. Enriched uranium above 90 per cent can be used in a nuclear weapon.

In September, the International Atomic Energy Agency said Iran's stockpile of uranium enriched to up to 20 per cent fissile purity was estimated at 84.3 kilograms (185 pounds) up from 62.8 kilograms (138 pounds) three months earlier.

Scientists estimate that at least 170 kilograms (375 pounds) of 20 per cent enriched uranium is needed to make a bomb.

The nuclear deal known as the Joint Comprehensive Plan of Action, or JCPOA, promises Iran economic incentives in exchange for limits on its nuclear program, and is meant to prevent Tehran from developing a nuclear bomb. Tehran insists its program is peaceful.

The US unilaterally pulled out of the deal in 2018 under then-President Donald Trump, but Britain, France, Germany, China and Russia have tried to preserve the accord.

Tehran's strategy of deliberately violating the deal is seen as an attempt to put pressure on Europe to provide it with incentives to offset crippling American sanctions re-imposed after the US pullout.

President Joe Biden has said he is open to rejoining the pact. The last round of talks in Vienna ended in June without a clear result.