Lebanon is now without electricity after power grid shuts down 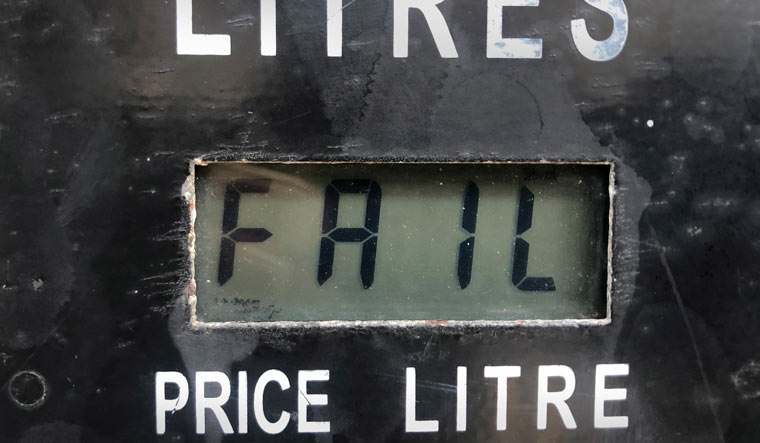 A screen on a gasoline pump reads, "Fail," after the latest increase in fuel prices with most meters unable to accommodate the new five digit price for one liter of gas, in Beirut, Lebanon, Wednesday, Sept. 22, 2021 | AP Photo/Hussein Malla

As two of Lebanon’s largest power plants shut down, the country plunged into darkness as the power grid “completely stopped working” in the afternoon. Officials told Reuters it was unlikely to restart until Monday, or for several days.

The closure of the Deir Ammar and Zahrani power plants, which are responsible for up to 40 per cent of Lebanon’s power output, occurred due to a diesel shortage, Al Jazeera reported.

State-run Electricite du Liban (EDL) said it expected a fuel shipment by Saturday night. Despite US sanctions, Iran has been sending oil to the country via Hezbollah. Iran’s foreign minister has expressed Tehran’s willingness for formalise its fuel shipments, should the Lebanese government “ask Iran formally within the context of their brotherly ties”.

Lebanon is 18 months into a severe economic crisis, with over 70 per cent of its population in a state of poverty. The paucity of foreign reserves has left the country unable to pay overseas energy supplies.

Lebanon is in the midst of what the World Bank says is one of the world's worst economic meltdowns in the past 150 years. Many people’s savings have been nearly wiped out in the crisis that began in late 2019 and was in part caused by decades of corruption and mismanagement by the political class.

Hundreds of thousands of people staged nationwide protests against corruption starting in late 2019. Yet two years later the same politicians still run the country in the same way, protected by the sectarian-based system.