In Qatar, the Indian embassy had issued a statement warning about propaganda 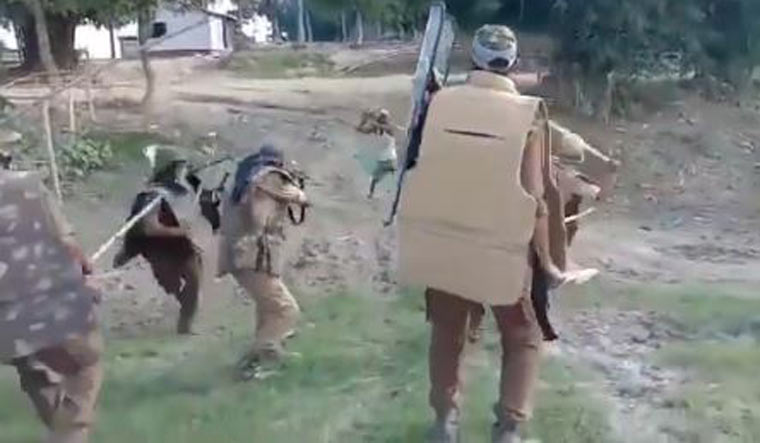 Screengrab from a video showing the clashes in Darrang | Via Twitter

The clashes and police firing that happened during an eviction drive in Darrang district of Assam on September 23 triggered outrage across the country.

While two civilians died in the police firing, the sight of a photographer, who was accompanying the police, desecrating the body of one of the firing victims evoked shock.

And the shock appears to have gone beyond India's borders.

On Thursday, Middle East Monitor, a portal focused on reporting from the region, revealed that members of the Kuwait National Assembly had condemned "the atrocities committed by the Indian authorities and Hindu extremist groups against the Muslim community".

In a reference to the incident in Assam, "The lawmakers said in a joint statement that in the wake of the wave of violence and discrimination committed against Indian Muslims, including killing, displacement and burning, the lawmakers stand in solidarity with Muslims in India. They called on international, humanitarian, human rights and Islamic organisations to immediately work to stop the Indian authorities' actions and restore security to Indian Muslims," Middle East Monitor reported.

Kuwaiti MP Shuaib Al-Muwaizri, reportedly, called for a boycott of Indian goods. Kuwaiti news outlet Sabr News on Wednesday quoted Al-Muwaizri as saying, "The Islamic World Organization, the leaders of Islamic countries, the leaders of the Gulf Cooperation Council, the United Nations, where are you about the heinous crimes committed by the Indian government against Muslims, men, women and children? Boycotting India and its products is a legal duty."

In Qatar, the Indian embassy issued a statement on Tuesday cautioning people about "malicious attempt on social media to spread hatred and disharmony through false propaganda about India". The embassy stated, "We urge everyone to exercise caution and not become a victim of fake handle, propaganda, doctored videos. All Indian nationals are advised to maintain unity and harmony."

According to reports, the statement, issued in English and Arabic, was prompted by a call on Twitter to boycott Indian products in the country.

On Wednesday, Doha News, a blog focusing on Qatar, reported the Twitter trend was a response to clips of the Assam violence. "This week, a video showing the moment in which a government photographer assaulted one of the evictees went viral online, prompting thousands to protest against the crackdown online. Social media users have accused the Indian government of turning a blind eye to the targeting of the Muslim community in the country, while others are now demanding the boycott of Indian products," Doha News reported.

Oman's grand mufti Sheikh Ahmed Al Khalili, one of the most influential clerics in the country, had tweeted on Tuesday about violence against Muslims in India. He claimed the violence in India was "a blatant aggression against Muslim citizens at the hands of extremist groups—supported by official bodies—it stops everyone with a human conscience." Sheikh Ahmed Al Khalili appealed, "I appeal—in the name of humanity—to all peace-loving countries to intervene to stop this aggression, and I also appeal to the Islamic Ummah as a whole to stand united in this matter."