'Something new has to happen. It's really a great situation,' Robert Habeck said 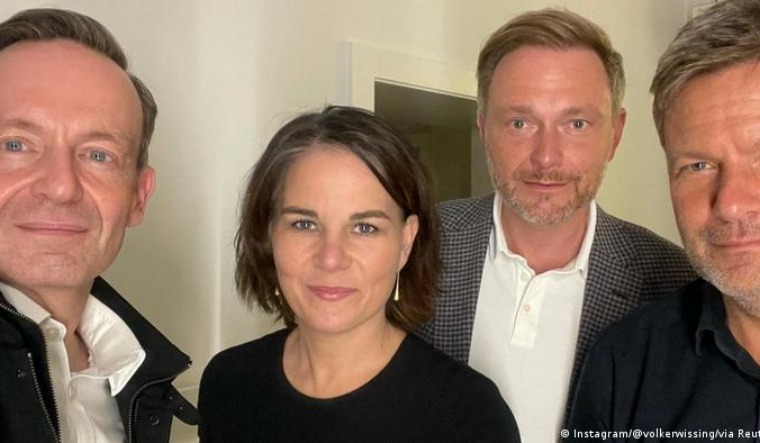 “Something new has to happen. It's really a great situation," Robert Habeck told DW News on Monday.

Many have speculated that a conservative green government could take over in Berlin after the September 26 election this year. However, a coalition between the Social Democrats and CDU is possible too.

After meeting with Baerbock and Habeck, Lindner posted a picture on Instagram and the caption read, "In the search for a new government, we are seeking out common ground and bridges over our divisions. And we are even finding some of those things. Exciting times."

Candidates of both SD and CDU, Rolf Mützenich and Armin Laschet plan to hold talks with FDP and the Green Party. Talks including more officials from FDP and Green Party will be held on Friday. While the Greens are keener to use a position in the government to affect change, the FDP seeks to limit propositions of the government.