Russia says it is working with China, Pakistan to ensure Taliban 'keep their promises' 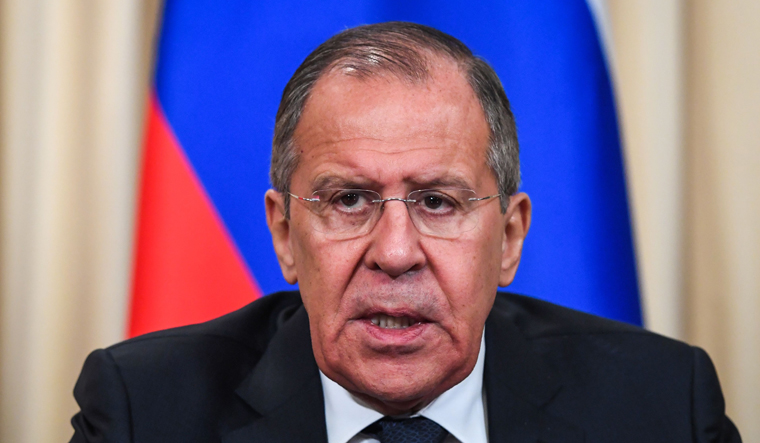 Russian Foreign Minister Sergey Lavrov said that it was working along with China, Pakistan and the United States to make sure that Afghanistan's new Taliban rulers keep their promises, especially to form a genuinely representative government and prevent extremism from spreading. Lavrov said the four countries are in ongoing contact. He said representatives from Russia, China and Pakistan recently traveled to Qatar and then to Afghanistan's capital, Kabul, to engage with both the Taliban and representatives of secular authorities  former president Hamid Karzai and Abdullah Abdullah, who headed the ousted government's negotiating council with the Taliban.

Lavrov said the interim government announced by the Taliban does not reflect the whole gamut of Afghan society—ethno-religious and political forces—so we are engaging in contacts. "They are ongoing," he said.

Russia was one of the first countries to take a positive stance on the Taliban takeover, with Russia’s special envoy to Afghanistan stating that Moscow saw “encouraging” signs from the Taliban in terms of including a government that includes other political forces and praising the Taliban’s ability to “effectively ensure law and order”.  However, the dynamics had quickly changed. Russia had expressed concerns about the restrictions on airlifting citizens, and had even stated that the "situation remains tense".

What had changed? Russia's initial schadenfreude on the US humiliation in Kabul did not last long. An influx of refugees into Central America could spell trouble for Russia's backyard, as extremists could be hidden as refugees. Russia also has long-standing contacts within the minority communities in Afghanistan, mainly the Tajiks and the Uzbeks, who look to be completely sidelined in the current scheme of things.