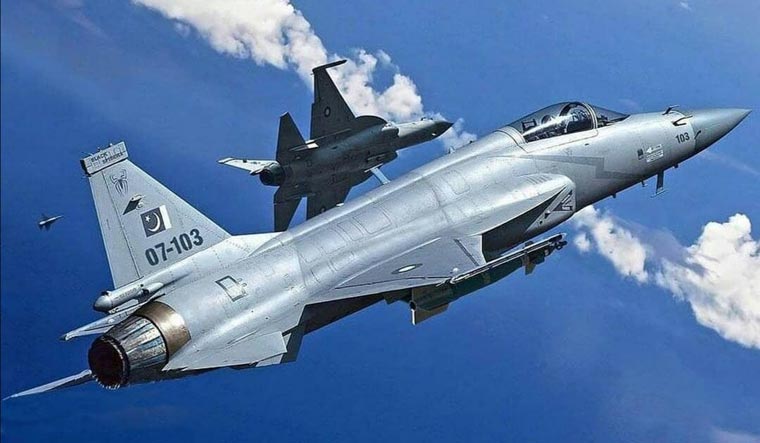 Over the past week, a number of media outlets had reported that Argentina was planning to buy the JF-17 fighter, being jointly manufactured by Pakistan and China.

The JF-17 began as a Chinese project for a light-weight, inexpensive multirole fighter, for which Pakistan contributed funds for development. While China has not purchased the aircraft, it is the Pakistan Air Force's main fighter, with over 100 aircraft having entered service over the past decade. The Pakistan Air Force claims the JF-17 was used in the skirmish over Kashmir in February 2019. The aircraft has also been exported to Myanmar and Nigeria.

Last week, media reports claimed the Argentine government had requested budget allocation of $664 million to buy 12 JF-17 'Block-III' fighters in a budget document. The JF-17 Block-III is the latest variant of the type and features a new electronically scanned radar and also more advanced electronics.

The 'news' led to celebration on social media. For example, the Twitter handle of the Pakistan Consulate General in Jeddah tweeted on September 18 “Argentina has officially earmarked $664 million in its next year’s budget for the purchase of 12 JF-17 Block-III fighter jets from Pakistan.”

However, on Tuesday, the Argentine ministry of defense issued a statement on the budget request for $664 million. The ministry of defense noted the Argentine Air Force had not selected a preferred fighter yet. The statement said, "The Ministry of Defense informs that, by means of a Public Credit Operations Authorization note, it has requested the inclusion for the 2022 Budget of the authorization to manage credit for up to USD 664 million for the acquisition of multipurpose fighter aircraft, for the surveillance and control of the airspace. Likewise, this ministry clarifies that it has not been issued regarding the purchase of supersonic aircraft of any origin and is in the technical-economic and financial evaluation stage of five alternatives."

Argentina has not inducted new fighter aircraft for decades, since the Falklands War of 1982 against the UK. As a result of British pressure on global arms vendors and its own economic woes, the Argentine Air Force had been relying on a fleet of ageing French-designed Mirage III and V fighters and US-built A-4 Skyhawk subsonic fighters. The retirement of the Mirage aircraft in 2015 left the Argentine Air Force without supersonic fighters.

Over the past decade, Argentina's attempts to buy aircraft such as the Saab Gripen from Sweden and later the FA-50 trainer/light fighter from South Korea were, reportedly, scuttled by British pressure. Both aircraft use British equipment, including ejection seats built by Martin Baker. Interestingly, JF-17 jets in Pakistan Air Force service use Martin Baker ejection seats.

China had been offering the JF-17 to Argentina for several years now. In May this year, MercoPress, a news agency that covers South America, reported a delegation from China National Aero-Technology Import and Export Corporation (known as CATIC) had arrived in Buenos Aires to discuss the sale of JF-17 jets.

Russia has also been offering Argentina new aircraft such as the MiG-35 over the past few years. Israel, which has previously sold copies of Mirage aircraft to Argentina, had promoted an upgraded version of its Kfir fighter to Buenos Aires.

Argentina opting for a Russian or Chinese-designed fighter would mark a radical shift as its air force has not operated non-Western aircraft. A sale of the JF-17 would mark a giant leap for China's strategic goals in South America.