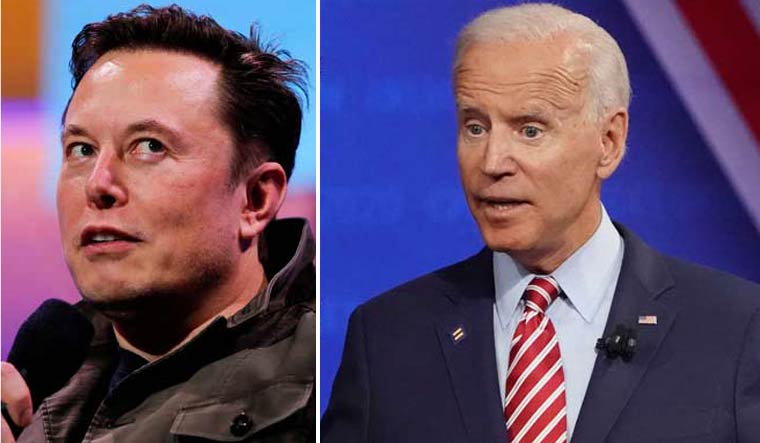 SpaceX and Tesla CEO Elon Musk made a veiled reference to a common refrain by former President Donald Trump, in his reply to a Twitter user asking what his thoughts were on why President Biden had not congratulated SpaceX for conducting its first all-civilian mission to space.

On September 18, SpaceX returned its Crew Dragon spacecraft carrying four members of the Inspiration4 mission back to earth after three days in space. The mission, which was the first all-civilian orbital crew as well as the first to see an NFT song played in space, helped raise money for the St Jude's children's charity.

However, as one tweet pointed out, "The President of the United States has refused to even acknowledge the 4 newest American astronauts who helped raise hundreds of millions of dollars for St. Jude."

For much of Biden's presidential run, Trump had derided him by calling him "Sleepy Joe", a nickname still used by many Trump supporters.

It can be noted that Biden did not tweet his congratulations to any of the "space billionaires" this year: When Richard Branson went to space in July nor when Jeff Bezos followed suit a few weeks later.

However, last year, Biden had tweeted his congratulations to SpaceX after its Draon capsule took a crew of four astronauts including one from Japan to the International Space Station.

The apparent hostility from Musk to Biden also follows NASA's awarded a combined $146 million in contracts to SpaceX, Blue Origin, Dynetics, Lockheed Martin and NOrthrop Grumman to develop lander concepts as part of the agency’s Artemis program. Of the bunch, SpaceX received the smallest amount at $9.4 million.

However, NASA had earlier awarded a lucrative contract for a Human Landing System to SpacX, which bid $2.9 billion to develop the means by which NASA astronauts would land on the moon for the first time since the Apollo program. Blue Origin, which was one of the failed bidders, has taken NASA to court for the same.