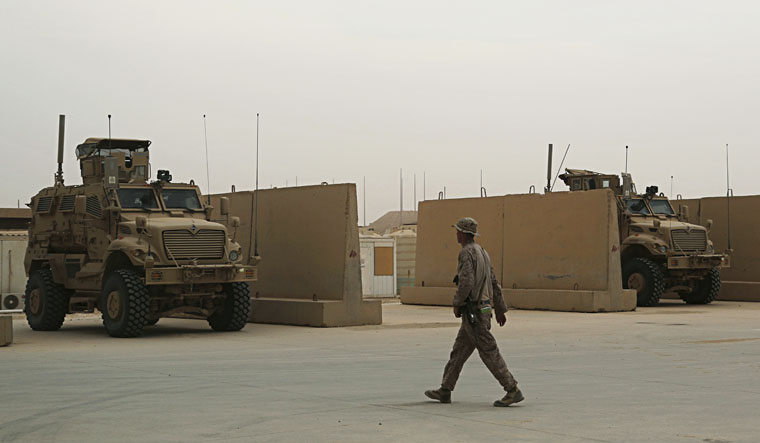 Against the backdrop of the troop withdrawal from Afghanistan, the top U.S. military officer is meeting in Greece with NATO counterparts this weekend, hoping to forge more basing, intelligence sharing and other agreements to prevent terrorist groups from regrouping and threatening America and the region.

Army Gen. Mark Milley, chairman of the Joint Chiefs of Staff, said the meeting of NATO defense chiefs will focus in part on the way ahead now that all alliance troops have pulled out of Afghanistan and the Taliban are in control.

Milley, U.S. Defense Secretary Lloyd Austin and American intelligence officials have warned that al-Qaida or the Islamic State group could regenerate in Afghanistan and pose a threat to the United States in one year to two years.

The U.S. military has said it can conduct counterterrorism surveillance and, if necessary, strikes in Afghanistan from over the horizon meaning from assets based in other countries. But they have made it clear that surveillance flights from bases in the Persian Gulf are long and provide limited time in the air over Afghanistan. So they have talked about seeking basing agreements, overflight rights and increased intelligence-sharing with nations closer to Afghanistan, including some neighbors.

In recent months, however, U.S. officials have reported little progress in any negotiations on any basing agreements.

Milly said he will be talking to his military counterparts to see what the possibilities are and then bring them back to U.S. defense and diplomatic leaders for additional discussions. Then, he said, officials will see what they can turn into a reality.

We are going to talk about over the horizon capabilities and where allies think appropriate that they can make a contribution , we're certainly open to that, Milley told reporters traveling with him to Greece. There are opportunities where alliance members may choose to work closely with us on these over the horizon capabilities. He said allies are concerned about counterterrorism and how to ensure an effective defense against terrorists.

At the opening of the morning session Saturday, NATO military leaders made it clear that avoiding a resurgence of terrorism in Afghanistan is a key goal for the alliance.

Greece's defense minister, Nikolaos Panagiotopoulos, told the group that allies must ensure the safety and security of at-risk Afghans who remain in the country and must prevent a humanitarian crisis.

More than 120,000 Americans, Afghans and others were flown out of Afghanistan during the chaotic and massive airlift operation in the days after Kabul, the capital, fell to the Taliban. But thousands more were left behind, with many fleeing to the borders and seeking help from aid agencies and ad hoc groups struggling to find ways out of the country.

Human rights and refugee groups are urging the European Union to step up its help for people trying to flee Afghanistan. The EU's asylum agency said that asylum applications by Afghans numbered 7,300 in July, before the government fell, and that was a 21% increase over June. Almost 1,200 were unaccompanied minors. More than half of asylum applications by Afghans in Europe are rejected.

We are going through a period of significant challenges in Afghanistan, said Panagiotopoulos, adding that a key risk is the migration flow toward Europe. He said allies need to provide support to those countries in the immediate neighbourhood and must avoid a migration crisis at our borders.