The Pope in Slovakia: A sign of inclusion for Roma

'Putting others on the sidelines does nothing' 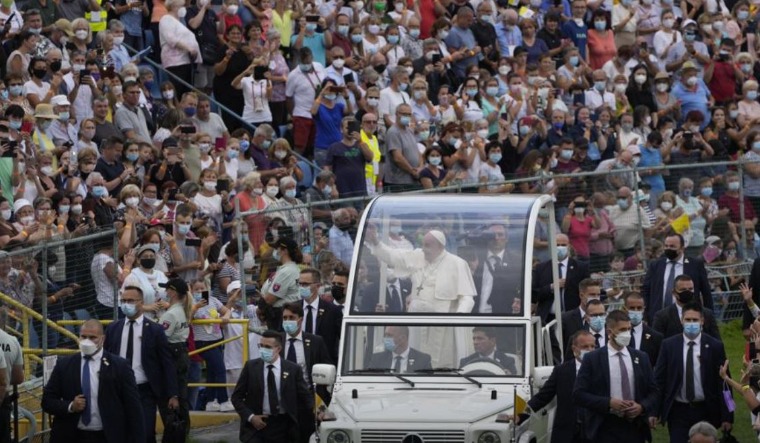 On Tuesday, Pope Francis urged Slovakia's Rome to better integrate into the mainstream as he met with the country's most socially excluded minority, who have long been discriminated against. Despite the optical problems, the visit remains a highlight of Francis' four-day pilgrimage to Hungary and Slovakia. This is Francis’ first international trip since undergoing intestinal surgery in July.

On September 13, the Pope paid tribute to thousands of Slovak victims of the Holocaust. "Dear brothers and sisters, your history is our history, your sufferings are our sufferings."

"Here, in this place, the Name of God was dishonoured," the 84-year-old pontiff said. He visited the site at Bratislava, where the city’s synagogue stood before it was torn down by communists.

During WWII, Slovakia was governed by a Nazi regime, which was led by Catholic priest Jozef Tiso.

Marian Deahos, a Salesian priest who works with Roma people in a nearby community, said Francis' call for more inclusion could fall on deaf ears due to the deep barriers that Romans have about the integration and “racism” that some Slovaks treat them. “The biggest problem is that we Slovaks consider the Roma under us, inferior to us, that they steal, they don't work and have problems with us,” Deahos said on the sidelines of the event. Lunik. While some Roma is able to work and live in mixed neighbourhoods, those in Lunik cannot do so because they do not believe they can or do not have the education or means to work. . there, he said. Pope Francis told the crowd: “Putting others on the sidelines does nothing."

Francis sought to highlight the example of Romans who left or were more fully integrated into Slovak society. One of the deceased, René Harakaly, said: "Thanks to this, today we are able to provide our children with a happier, more dignified and peaceful life. The local school is highly regarded, and playgrounds have been opened for local children. “When I took over the office, my vision was to make the Lunik IX a quarter like everyone else in Kosice,” says Sana.

Residents said on Tuesday that a few things had changed in preparation for Francis' visit, with a fresh coat of paint on the exterior of the building. In the city of Presov, in eastern Slovakia, the Pope, on Tuesday presided at a long service known as a Divine Liturgy, a Byzantine rite used by Eastern Catholic and Orthodox Churches, a Reuters report reads.

The Pope said that Catholics used crucifixes and crosses superficially, but had no real relationship with Jesus.