China’s Ambassador to the UK banned from entering the parliament 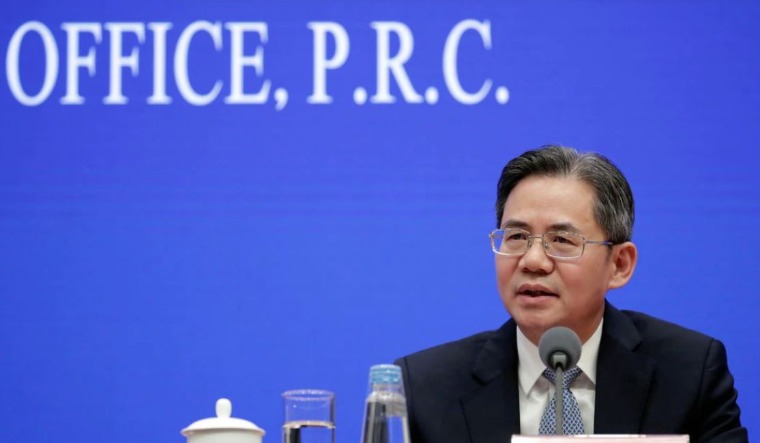 China's Ambassador to the UK Zheng Zeguang has been expelled from Parliament and said he will not be able to enter the building for a speech on Wednesday, September 15, 2021.

Speaker of the House of Commons Lindsay Hoyle said on Tuesday it was "not appropriate" for Chinese. Ambassador Zheng Zeguang is due to enter parliament as China imposes sanctions on seven British parliamentarians over criticism of Beijing's human rights record. Zheng was scheduled to attend a reception in China by an all-party caucus in the House of Commons.

The House of Commons Speaker Lindsay Hoyle, last week met with the MPs on whom China imposed sanctions, who via a letter urged him to consider “the implications of the visit for all parliamentarians who need to be able to speak out as part of their duties in the democratic system we all cherish”.

The move comes shortly after the UK, the United States, Canada and the European Union imposed sanctions on Chinese officials over Xinjiang.

Sanctioned parliamentarians hailed the ban, saying it would be an "insult" to allow Zheng into the parliament building.

Zheng Zeguang would be banned from the parliament until the sanctions are lifted.

The Chinese Embassy in the UK condemned the move and said it would harm the interests of both countries. The Chinese Embassy in London told the Guardian, the sanctions imposed by Beijing “are beyond reproach because they are justified responses to the unilateral sanctions imposed by the British side on relevant Chinese individuals and entities based on disinformation and under the pretext of so-called human rights abuse in Xinjiang.”

“The despicable and cowardly action of certain individuals of the UK parliament to obstruct normal exchanges and cooperation between China and the UK for personal political gains is against the wishes, and harmful to the interests of, the peoples of both countries,” the embassy said.