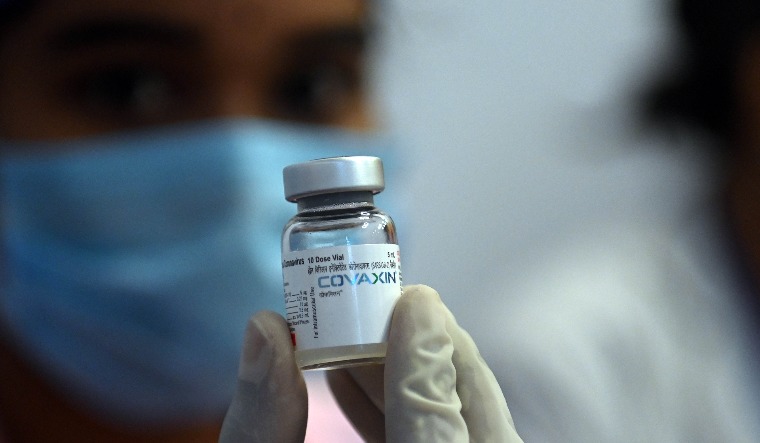 Though not wanting for efficacy, India’s indigenous Covaxin vaccine for COVID-19 has been wanting for international approval, pending World Health Organisation approval ever since it was deployed in India in December 2020.

With countries like the United Arab Emirates only allowing the entry of vaccinated travellers who have received WHO-approved doses, those who got the Covaxin shot have been left out. However, WHO approval may be coming as soon as this month, according to a PTI report.

"The WHO approval for Covaxin is likely this month," an official source told PTI.

Bharat Biotech had submitted an emergency use listing (EUL) application to the WHO-Geneva in March. Following this, WHO held a pre-submission meeting with Bharat Biotech in June. In July, the agency said it was assessing the data and said a date for a decision was yet to be confirmed.

In August, Health Minister WHO Mansukh Mandavia met with WHO chief scientist Soumya Swaminathan to discuss possible approval for Covaxin.

Bharat Biotech say their phase-III trials of the vaccine showed 77.8 per cent effectiveness against symptomatic COVID-19 and 65.2 per cent protection against the B.1.617.2 Delta variant.

The WHO has so far approved Covid vaccines developed by Pfizer-BioNTech, US pharma majors Johnson & Johnson, Moderna, China's Sinopharm and Oxford-AstraZeneca for emergency use.

Covaxin is one of the six vaccines that have received emergency use authorisation from India's drug regulator and is being used in the nationwide inoculation programme, along with Covishield and Sputnik V.