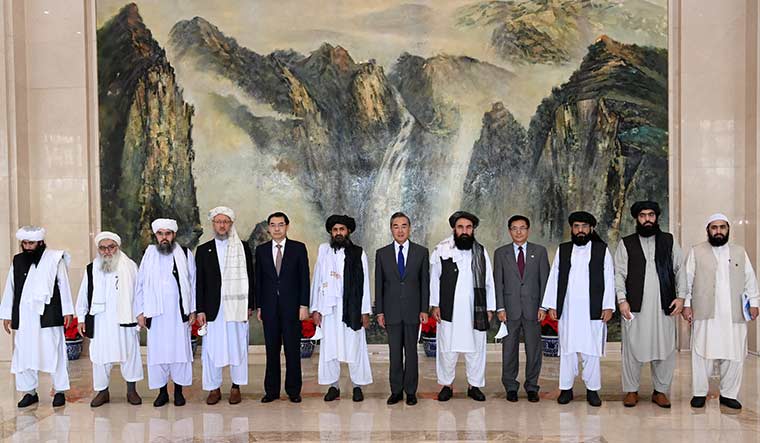 We are a leading start-up in Afghanistan, urgently looking for experts in image makeover. Research has indicated that our brand has acquired negative perceptions caused largely by the misinformation propagated by the Western media. Our strategic communications goal, therefore, is to re-build our profile by setting up a full-fledged team of PR communicators who can come up with killer ideas. Our need is pressing since the previous PR team which covered Kabul Airport jumped on to the last flight out of the country and is unlikely to return.

Candidates should have relevant experience in the field of communications in a leadership role. Those who have discharged assignments of a similar nature in China, Syria and Somalia preferred.

To transform the organisation’s image, we expect successful candidates to possess the creative flair that will enable them to break free from convention. If standard-issue formats such as PowerPoint and Excel do not produce the desired outcomes, the applicant would need to opt for more persuasive tools such as Kalashnikovs and the locally available Khyber Knife. These are highly effective in restraining social media trolls.

Press releases will form an important constituent of our communications bouquet. We wish to add that our erstwhile corporate communications team used to generate over a hundred releases a day until they were released from detention. Considering the prevailing conditions, crisis management is likely to remain a 24x7 function. Successful candidates should therefore be able to operate undistracted by ambient sounds which may include the continuous rat-a-tat of automatic weapons, the periodic ‘boom’ of bombs going off in their immediate vicinity, drone strikes and the occasional wail of those whose opinion may differ from that of the start-up.

We are an equal opportunity employer, and contrary to misinformed opinion, we are committed to gender balance, equality, fraternity, unity and all that kind of thing. We are progressive, and whole-heartedly welcome new concepts such as ‘Work From Home. We are therefore freeing women executives from irksome responsibilities at the office so that they can exclusively work from home. Their ‘work’ will consist of tending to the kitchen, bearing and bringing up children and occasional visits to the market to purchase acres of black cloth as per current fashion trends.

Emoluments are not a constraint and will be commensurate with the ability of the candidates to raise resources for themselves. All payments will be in USD, viz., from a large stash of banknotes left behind by the departing US soldiers. Enterprising applicants may also avail of perks like picking up armaments from abandoned armouries. These fetch a handsome price in the grey market.

In order to maintain professional loyalty to the new role, candidates currently based in India will be expected to disassociate themselves from membership of professional associations like the Association of Business Communicators of India (ABCI) and the Public Relations Council of India (PRCI). In their place, we will facilitate the setting up of rival institutions such as ABCI – Afghan Bazooka Carrying Insurgents and PRCI – Public Resolve to Curb Independence.

All our employees across the hierarchy conform to the official dress code. This comprises a bullet-proof vest, a fierce look, a straggling Pathan suit and an even more straggling beard.

We are an organization that prides itself on being result-oriented. The deliverables expected from our PR team will consist of the following: Periodic front-page reports in The New York Times highlighting the dramatic improvement in living conditions in Kabul since the take-over. Regular Op-Eds in The Guardian arguing that the world was wrong in jumping to conclusions about the imminent collapse of civilization in the country. Occasional items in sports magazines giving the latest scores in the traditional sport of Buzkashi.

Failure to achieve these contractual obligations will be considered a serious breach and will lead to immediate termination of the contract and also of the contractor.