The editorial warned of action against those sponsoring terrorism in Pakistan 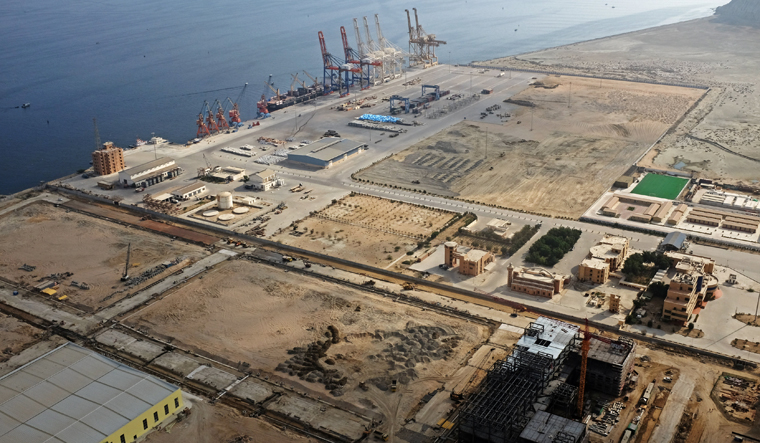 A general view of Gwadar port in Gwadar, Pakistan | Reuters

The Chinese embassy in Pakistan on Saturday demanded "practical and effective" measures from Islamabad to protect Chinese nationals in the country in the wake of a suicide bomb attack in Balochistan.

On Friday, a convoy carrying Chinese nationals was attacked as it was travelling in Gwadar, a port city being developed with Beijing's assistance. One Chinese national was injured while two Pakistani children playing in the area were killed.

A unit of the separatist Balochistan Liberation Army (BLA) claimed responsibility for the attack. Last month, nine Chinese nationals working on a dam project were killed in an attack on a bus in Dasu, Khyber Pakhtunkhwa province.

Global Times, a state-run English tabloid in China, took note of the latest attack in Balochistan. The Gwadar port is considered a key part in the development of the China-Pakistan Economic Corridor (CEPC), a hub of Beijing’s Border Road Initiative (BRI). Gwadar is expected to be a direct access point to the Arabian Sea for imports and exports from mainland China via Pakistan. This would allow Chinese traders to reduce dependence on longer sea routes from Chinese ports.

In an editorial on Saturday, Global Times linked the attack in Gwadar to attempts to derail BRI. "In this region, some US and Indian intelligence forces keen to infiltrate into Pakistan have held a hostile attitude toward China's BRI. Blocking the development of the BRI has become their main target to contain China's rise. And, the terror attack that targeted Chinese engineers who worked for the Dasu hydropower project is said to be fuelled by the Indian intelligence agency," the Global Times claimed. After the Khyber Pakhtunkhwa attack, the Pakistani government pointed fingers at India.

The Global Times called on the new Taliban dispensation to "strike the terrorist forces that were groomed in Afghanistan but now active in Pakistan”.

The editorial warned of action against those involved in sponsoring terrorism in Pakistan. "China will not only support Pakistan to strike a heavy blow to these terror forces, but also warn all the external forces to stay away from those terror forces. Once China obtains evidence that they support terrorist forces in Pakistan, China will punish them," the editorial said.