'Having lived in Kabul my entire life, not once have I thought of leaving it' 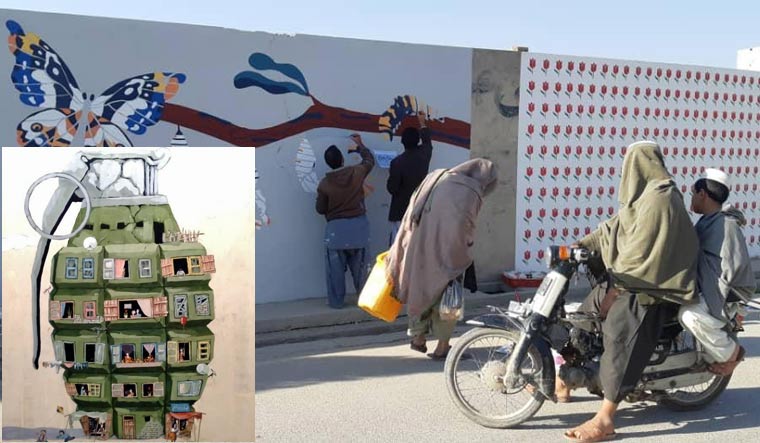 I have lived in Kabul all my life. My entire family—grandparents, parents and everyone else—lives here. Enjoying an unblocked view of the city’s beauty while riding a bicycle on the streets is one of the things I remember from my childhood. But for the past few decades, this beautiful country with its majestic mountains has not known peace.

Now we are confused and tired. Yet, having lived in Kabul my entire life, not once have I thought of leaving it. I do not want to seek refuge in Pakistan or Iran, or any other country. I have seen it all—the communists, the Mujahideen, the Taliban and the Americans.

The deal in Doha between the US and the Taliban was one between two crooks who were fighting a war. Afghan people did not see it as an initiative from their side; it did not feel like a peace initiative. The foreign troops were never a problem for the Afghan people, though. We want to fight terrorism and want to make it known that we are willing to step up to fight terror.

The US pull-out led to chaos and confusion as it came with no conditions agreed upon by the Taliban and the terror groups about the way forward. The Taliban was emboldened—it was given a global stage of sorts, enabling it to wage a psychological and physical war and take over the country.

As for the state of mental health of people in Afghanistan, the situation is extremely bad. We have been dealing with poverty, corruption, war and abuse for 43 years. We have become fragile, angry and frustrated. If you walk around in Kabul, you will not see a single smiling face. This, for me, is a sign that people are suffering from mental health issues. But there is little or no help available. People do not want to accept that they might have a mental health problem. It is a challenge, especially for kids—they have been born and raised hearing the noises of bombs and aircraft over their homes, fearing that an explosion might happen any time. I think the new generation will grow up with a lot of challenges relating to feelings of empathy and kindness.

I strongly believe that we need to sit down and discuss our differences. Our problems cannot be solved with guns. We have been using guns, and look at the results—so many civilians killed and displaced. So, the only way forward is for all of us—the Taliban, the Mujahideen, men, women, artists, technocrats and other stakeholders—is to come together in a peaceful way.

Kabul is a beautiful capital with mountains and rivers, all things beautiful you can imagine. I really hope that we will someday be able to take down the blast walls in the city and let our children ride their bicycles freely once again.

Sharifi is an art curator and director of three artist groups in Afghanistan.

As told to Sumitra Nair