Panjshir is the only region out of Taliban, home of Afghanistan's greatest son 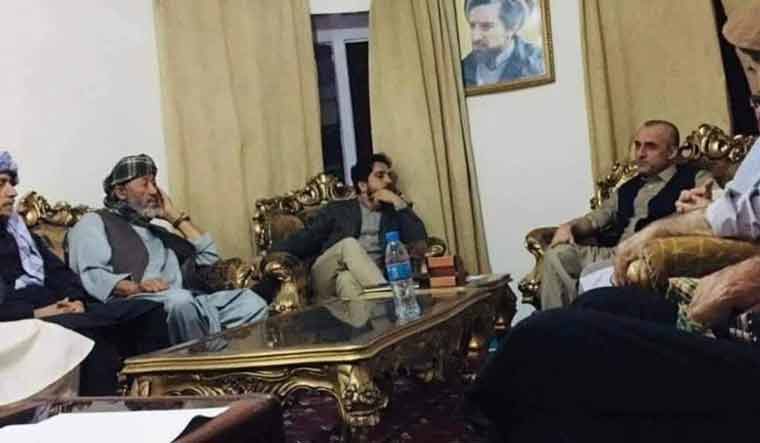 On August 15, as Taliban entered Kabul, Afghanistan Vice President Amrulla Saleh tweeted: "I will never, ever and under no circumstances bow to the Talib terrorists. I will never betray the soul and legacy of my hero Ahmad Shah Masoud, the commander, the legend and the guide. I won't disappoint millions who listened to me. I will never be under one ceiling with the Taliban. NEVER," tweeted Saleh.

At that point of time, there were a lot of questions about the whereabouts of Saleh. He was conspicuously absent from some of the pictures of top leaders of Afghanistan government meeting, and pro-Pakistan media and social media accounts had spread rumours that he had fled Afghanistan. Saleh had come out and rubbished all the rumours.

On the same day that Saleh tweeted he would never give into the Taliban, a new picture surfaced. It showed Saleh in consultations with Ahmad Massoud, the son of the late legendary anti-Taliban commander Ahmad Shah Massoud, in Panjshir Valley. Panjshir Valley is the only region out of Taliban's hands, courtesy its geographic ruggedness, as also the fact that it is jealously guarded as the birthplace of one of Afghanistan's greatest sons.

There are now reports of an anti-Taliban alliance forming in the picturesque valley, a blast from the past.

A veteran Tajik commander, Ahmad Shah Massoud was a grand, unifying figure in the country, instrumental in the formation of Northern Alliance that was armed by countries including India, Iran and Russia, and that drove out the Taliban. Under his command, the Panjshir valley kept the Taliban at an arm's length. Later, in the 1990s, he became the all-powerful defence minister in Burhanuddin Rabbani's cabinet. On September 9, 2001, two days before the terrorist attacks in America, Massoud was fatally injured in a suicide bombing by Al Qaeda at his residence by two men posing as journalists, with an explosive reportedly concealed in a video camera.

Saleh, who was born in Panjshir, fought under Ahmad Shah Massoud, became a member of the Northern Alliance in the late 1990s, and fought against the Taliban expansion. He was reportedly trained by Indian intelligence organisations, became the spy chief of the Afghan government and later the interior minister and the vice president. Numerous attempts have been made on his life by Taliban and associated outfits.

An anti-Taliban front in Panjshir?

An anti-Taliban coalition seems to be forming, including Vice President @AmrullahSaleh2 and Ahmad Massoud, son of Ahmad Shah Massoud - they are in Panjsher, about three hours drive from Kabul #Afghanistan pic.twitter.com/EbuF1UXlNY

BBC's Yalda Hakim confirmed the same. "An anti-Taliban coalition seems to be forming, including Vice President @AmrullahSaleh2 and Ahmad Massoud, son of Ahmad Shah Massoud—they are in Panjshir, about three hours drive from Kabul."