Why the Afghan army and police collapsed before the Taliban 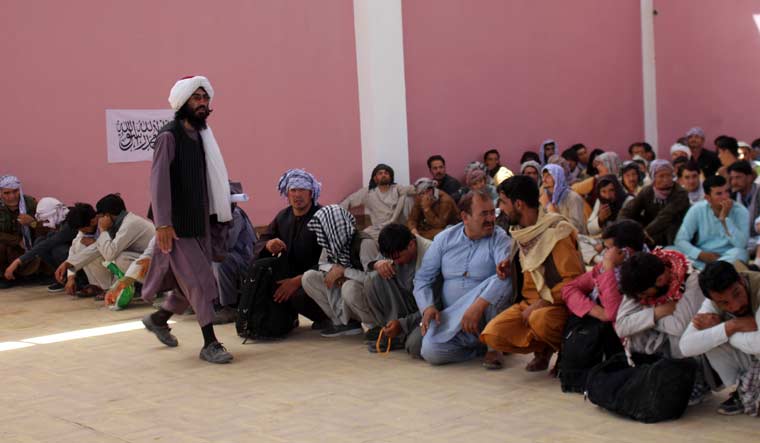 Twenty years of support, including the arms, manpower and air support of the world’s sole superpower, was not enough to break Afghanistan’s trend of being the “graveyard of empires”.

Despite $83 billion worth of US spending, the end of the US-propped regime was a textbook case of military failure: Troops starved at their posts before relenting out of sheer hunger, guns ran silent after their ammunition ran out, critical infrastructure like the Bagram air base was abandoned even though it still had utility for withdrawing Western forces and allied personnel, central leadership appeared non-existent as unit after unit abandoned their post—culminating in the President himself abandoning Kabul to the Taliban.

Several explanations have been posited for the rapid collapse of the Afghan Army and police forces. In Politico, British journalist Anatol Lieven, wrote of the “agreement” tendency of factions in Afghanistan—where opposing factions may agree not to fight. Talks between the Taliban and Afghan have been ongoing for months, and rival commanders may often have relatives fighting on either side—a helpful insurance that lets soldiers pick the winning side rather than dying for a cause they may not believe in. The effect of this is often a bloodless surrender, which is what was seen across Afghanistan as several government forces backed down without a fight.

“Kabul was captured intact by the mujahedeen in 1992, as it is being captured by the Taliban now,” Lieven writes.

What could explain the low morale of Afghan forces—that of the men at least—that made them unwilling to fight the Taliban, their long-time enemy?

The opium plant appears as another explanation.

From the very beginning of the International Security Assistance Force’s (ISAF) attempts to train the Afghan military to fight independent of their support, the signs were there that this army had no cohesion, unethical and unwilling leadership, and perhaps worst of all, a drug problem.

In the 2013 documentary, This is What Winning Looks Like, filmmaker Ben Anderson showed numerous instances of Afghan soldiers being too stoned on marijuana and opium (which grows freely around even police bases) to perform routine tasks. By 2015, the UN estimated there were between 1.9 million to 2.4 million drug addicts in Afghanistan.

Afghanistan is the world’s biggest opiate supplier, with the opium trade being among the main sources of income for the Taliban.

2020 saw a 37 per cent increase in the amount of land allocated to poppy cultivation, according to the UN Office on Drugs and Crime. This growth was driven by a combination of political instability, droughts and floods alike, and declining employment opportunities.

But besides agreements and drug deals lies another factor that aided the Afghan Army’s defeat, a factor as old as warfare itself: Logistics.

During the 1842 retreat of British forces from Kabul during the Anglo-Afghan war, an entire British force of around 16,000 troops and civilians was annihilated. A retreat in the harsh Afghan winter saw them run out of food, and unable to traverse the harsh terrain.

Though it was not winter when the Afghan Army collapsed, logistics played a major rule. When Dawlat Abad fell, despite a pitched effort by Afghan Special Forces to hold the town, the fighting ultimately ended when these soldiers ran out of ammunition. What followed was a war crime: The Taliban executed all of the men.

In rural parts of Afghanistan, troops were short on both food and bullets. As a New York Times report noted, “As positions collapsed, the complaint was almost always the same: There was no air support, or they had run out of supplies and food.”

By contrast, the Taliban enjoyed strong logistical support. Afghanistan's UN envoy told the UN Security Council that the Taliban were backed by supply lines extending all the way to Pakistan, with reports and videos of Taliban fighters congregating close to the Durand Line and even having their injured fighters treated in Pakistani hospitals.

It did not help that as Afghan posts were overrun, expensive and sophisticated American-supplied equipment ended up in Taliban hands. Unlike the Mujahideen of old, today’s Taliban can often be seen carrying American M-16 rifles instead of the evergreen AK-47.

Ultimately, blame rolls uphill. Afghanistan’s erstwhile leader, Ashraf Ghani, fled the country in a surprise move that left Kabul to the Taliban. His own Defence Minister Bismillah Mohammadi, indirectly accused him of “tying our hands behind our backs” and selling the country, tweeting “damn the rich man and his gang”. Accusations of corruption plague the Afghan government, with the Afghan National Police force seen as a hub of this.

When Afghanistan’s commercial hub, Mazar-i-Sharif, fell to the Taliban on Saturday with no resistance, it reflected the collapse of morale that had become prevalent among Afghan forces. As per a July 30 Quarterly Report of the US Special Inspector General for Afghanistan Reconstruction (SIGAR), there are 300,000 personnel within the Afghan National Security and Defence Force. But as SIGAR themselves noted, it had "serious concerns about the corrosive effects of corruption...and the questionable accuracy of data on the actual strength of the force".

A perfect storm then, of absent leadership; a pervasive drug problem; a collapse of logistical support and the shattering of morale, helped crumble the Afghan Armed Forces.