Blame on Biden? UK PM Johnson says US decision to pull out of Afghanistan 'accelerated' events 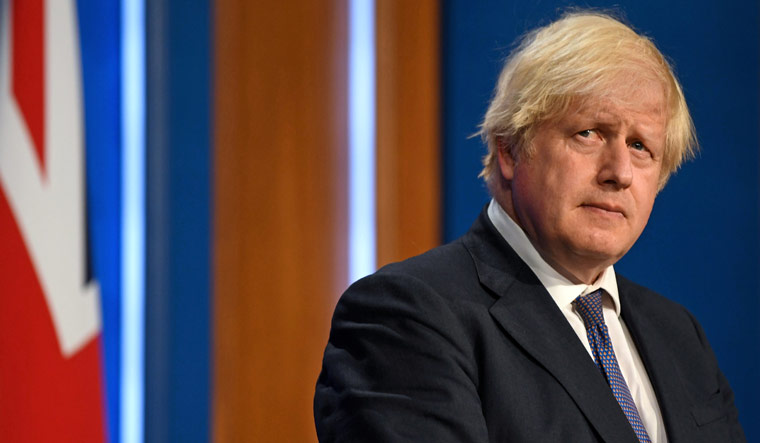 When asked about the fall of Kabul to Taliban, United Kingdom Prime Minister Boris Johnson stated on Monday, according to news agency Reuters, that "it is fair to say that the US decision to pull out has accelerated things". Johnson, on Sunday, had also urged that no country should bilaterally recognise the Taliban as the government of Afghanistan."We want a united position amongst all the like-minded as far as we can get one so that we do whatever we can to prevent Afghanistan lapsing back into being a breeding ground for terror," he had said.

United States President Joe Biden is already facing fierce domestic criticism for his decision to exit Afghanistan with a strict deadline, precipitating the surge of Taliban. Biden has always held that Afghanistan falling to Taliban was never a foregone conclusion, as the US had trained and funded the Afghanistan national army which "outnumbered" the militants.

The fall of Kabul marks the final chapter of America's longest war, which began after the September 11, 2001, terror attacks masterminded by al-Qaida's Osama bin Laden, then harbored by the Taliban government. A US-led invasion dislodged the Taliban and beat them back, though America lost focus on the conflict in the chaos of the Iraq War.

For years, the US has been looking for an exit for the war. Washington under then-President Donald Trump signed a deal with the Taliban in February 2020 that limited direct military action against the insurgents. That allowed the fighters to gather strength and move quickly to seize key areas when Biden announced his plans to withdraw all American forces by the end of this month.

Biden's decision to withdraw completely from the country has invited massive criticism from the opposition Republicans, with top leaders of the party calling the move "cowardly" and "leaving an ally out in the cold". The long war in Afghanistan, with the US staying in the country for almost 20 years now, has always been a point of debate in the US.

Republicans are pointing out that Biden was in error in the hasty manner in which the exit was implemented, and that it diminished America's standing in the world.

Biden has stood firm, swatting away all pressures for further intervention in Afghanistan. “Look, we spent over a trillion dollars over 20 years. We trained and equipped over 300,000 Afghan forces. Afghan leaders have to come together. We lost thousands—lost to death and injury—thousands of American personnel. They've got to fight for themselves, fight for their nation,” he said. Biden had said that the Afghans are beginning to realise they've got to come together politically at the top. “But we are going to continue to keep our commitment. But I do not regret my decision,” he said.