Biden echoes Pentagon, says Afghans will have to 'fight for their own nation'

"Afghan leaders have to come together," said Biden 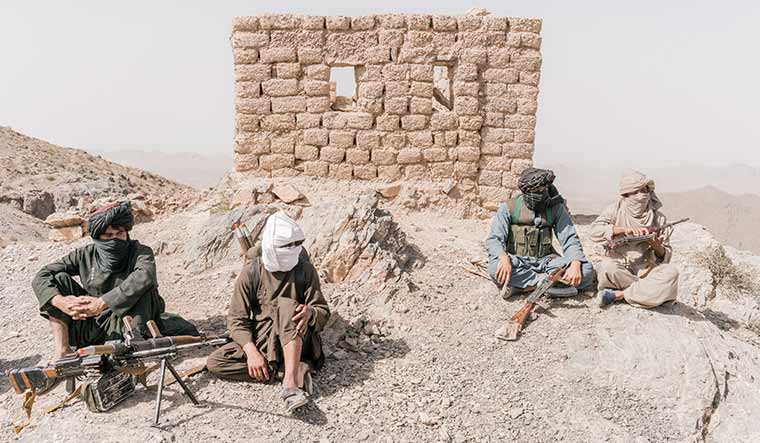 As Taliban expanded massively through Afghanistan, capturing territory after territory, the United States Pentagon was posed a question yesterday: Will they step up airstrikes? "When we look back, it's going to come down to leadership and what leadership was demonstrated," Pentagon spokesman John Kirby said at a news conference. "It is their country to defend now. It is their struggle."

On Wednesday, when asked about the deteriorating conditions in Afghanistan, US President Joe Biden echoed the same lines, saying there would be no escalation from their end. "Look, we spent over a trillion dollars over 20 years. We trained and equipped over 3,00,000 Afghan forces. Afghan leaders have to come together. We lost thousands, lost to death and injury, thousands of American personnel. They have got to fight for themselves, fight for their nation," he asserted. "The United States, I will insist we continue to keep the commitments we made of providing close air support, making sure that their air force functions and is operable, resupplying their forces with food and equipment, and paying all their salaries. But they have got to want to fight. They have outnumbered the Taliban," Biden said.

Afghanistan has been witnessing a series of terror attacks since the US began withdrawing its troops on May 1. The Taliban have captured more than half of Afghanistan's 400-odd districts. Their attacks on provincial capitals have violated the 2020 peace deal between the Taliban and the United States.