This week, the average number of daily deaths exceeded 2,000 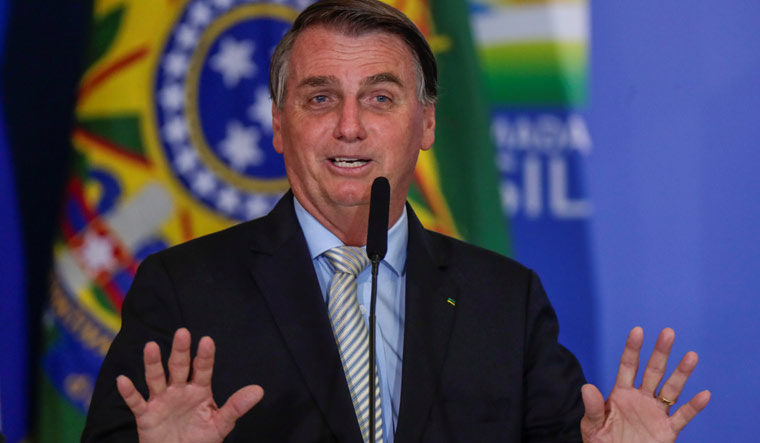 Brazil, Saturday, became the second country after the United States to cross 500,000 COVID-19 deaths as the South American country faces a third wave of the pandemic.

"500,000 lives lost due to a pandemic affecting our Brazil and the world," Health Minister Marcelo Queiroga tweeted.

This week, the average number of daily deaths exceeded 2,000 for the first time since May 10.

“The third wave is arriving, there's already in a change in the case and death curves,” Ethel Maciel, an epidemiologist from Espirito Santo University, told AFP.

Even as the death toll rises, President Jair Bolsonaro refuses to back precautionary measures like social distancing. Bolsonaro never took the pandemic seriously right from the start and has opposed lockdown and masking measures. The opposition has also accused the president of delaying the purchase of vaccines. The Bolsonaro government is under investigation over its handling of the coronavirus pandemic.

The increase in the death toll has been attributed to the gamma virus variant that originated in Manaus in northern Brazil.

The number of CVOID-19 cases was dropping around May, but epidemiologists said that restrictions—allowing businesses to reopen-- were lifted too soon. The vaccination rate in Brazil has been slow, with only 11.4 per cent of the population fully vaccinated.

Brazil barely got a respite from the second wave, when the third wave hit.

Another factor contributing to a rise in COVID-19 numbers is that Brazil agreed to hold the Copa America Football tournament. Bolsonaro has received flak for agreeing to hold the tournament, even though matches are being played behind closed doors.