Gatherings commemorating the Tiananmen massacre were banned last year too 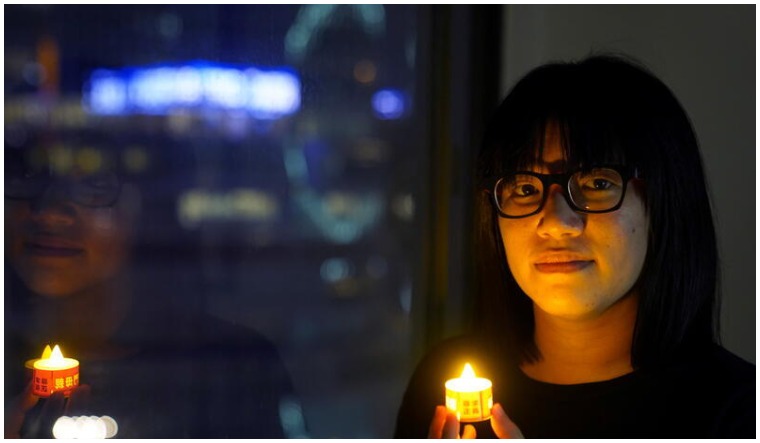 37-year-old Tung was held by four officers outside her office—she is one of the vice-chair of the Hong Kong Alliance which organises the annual vigil to commemorate the Tiananmen Square massacre.

After Beijing passed the draconic National Security Law in Hong Kong, at least 100 pro-democracy activists have been arrested on charges of organising unlawful gatherings in 2019 when protests were being held to oppose an extradition law, which snowballed into a pro-democracy movement. Most of the arrested activists could face jail for life if convicted.

On May 28, outspoken pro-democracy activist and media tycoon Jimmy Lai was sentenced to 14 months in prison on charges of inciting people to take part in an unauthorised assembly.

Traditionally, huge crowds gathered in Hong Kong to mourn the deaths of hundreds of people who were crushed by military troops. Hong Kong is the only place, which is under Beijing’s rule, that allows gatherings to commemorate the incident.

Authorities banning gatherings to commemorate the massacre has led to local leader think creatively like lighting candles on their homes and neighbourhoods and post commemoration messages on social media.