So far, only 10 per cent of Brazil’s population have been fully vaccinated 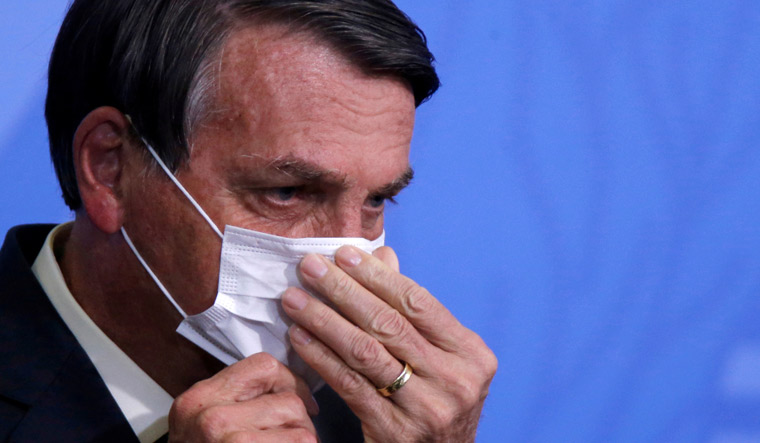 Over ten thousand people wearing masks, marched the streets in downtown Rio de Janeiro chanting “Bolsonaro genocide” or “Go away Bolsovirus,” on Saturday. Protestors, who took to the streets in 16 cities, were expressing anger over President Jair Bolsonaro’s handling of the COVID-19 pandemic. The virus claimed over 461,000 in the country.

Anger and resentment towards the Bolsonaro government began months ago. The theme at one of the rallies was that several more lives could have been saved had Brazil started a vaccination drive sooner. The protests were organised by left-leaning political parties, unions and students' associations.

So far, only 10 per cent of Brazil’s population have been fully vaccinated. On Saturday, Brazil reported 2,012 deaths due to the virus.

Bolsonaro, when the pandemic broke out initially, had dismissed the virus as ‘a little flu’ like his then US counterpart Donald Trump had done. Bolsonaro’s government also failed in imposing stay-at-home or masking directives recommended by health experts. The government also failed to anticipate oxygen shortages that resulted in several deaths.

The last two weekends saw demonstrations in support of Bolsonaro, at the request of the president, after his approval rating dropped to 24 per cent.

Saturday’s protests were the biggest after people, at the beginning of the pandemic.

A senate-approved commission is currently investigating, the president’s handling of the pandemic.