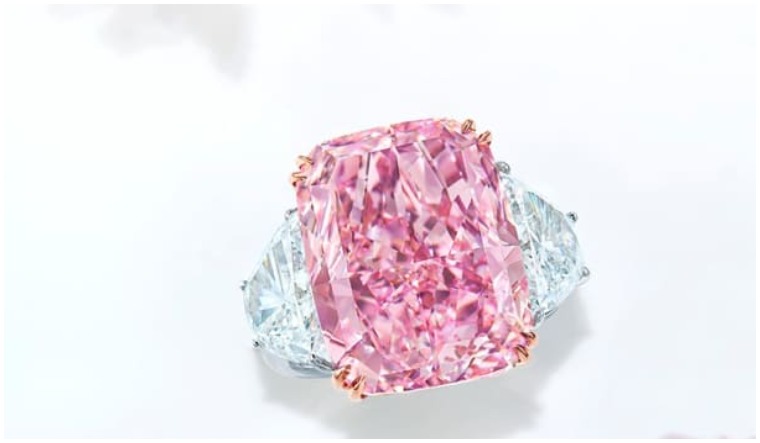 A rare 15.81-carat pink diamond fetched a record $29.3 million in an auction in Hong Kong.

The Christie’s auction set a new world record for an auction price for a purple-pink diamond. It was named, ‘The Sakura’, the Japanese term for cherry blossom.

In November 2020, a 14.8-carat purple-pink diamond called, ‘Spirit of the Rose’ was auctioned off for $27 million in Geneva.

Another diamond-- The Sweet Heart, a 4.2-carat heart-shaped pink diamond sold for $6.6 million alongside ‘The Sakura’.

Christie’s classified ‘The Sakura’ as a ‘fancy vivid’ and told CNBC that internal blemishes would be visible only under a powerful microscope.

Christie’s also said the gemstone was a rare find as less than 10% of pink diamonds weigh more than 0.2 carats.

‘The Sakura was cut from a diamond discovered in Russia in 2017, which originally weighed 27.8 carats. It is said to be the largest pink diamond mined in Russia.

The most expensive diamond ever sold is a  59.6-carat pink diamond that was auctioned off in 2017 for $71.2 million in Hong Kong.