Iraq health minister resigns over hospital fire that killed over 80

The director of the hospital, as well as senior officials, have all been dismissed 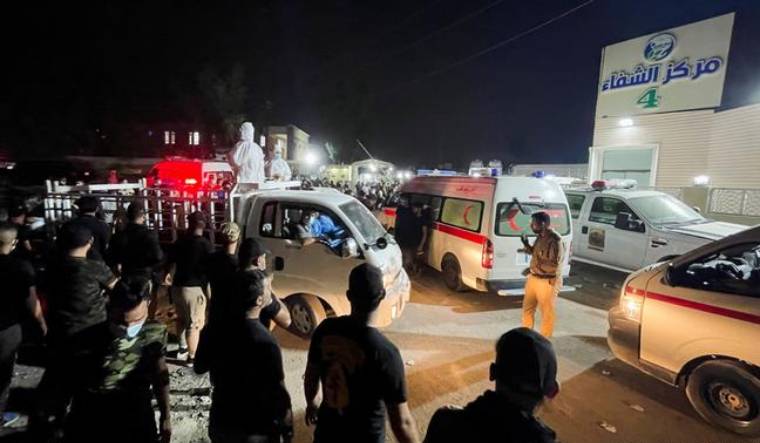 Al-Tamimi had been suspended immediately after the fire. His suspension was lifted today, following which he immediately resigned. Iraq’s Prime Minister Mustafa al-Kadhimi also ordered the hospital’s director, as well as other senior hospital officials, dismissed.

The incident prompted the government to order a review of health and safety protocols in hospitals across the country.

On April 24, an oxygen tank at the Ibn Khatib hospital, which had exclusively been treating COVID-19 patients, exploded. Firefighters battled the blaze even as patients were seen jumping from the windows.

Iraq has reported over one million cases of coronavirus, and has suffered over 15,000 deaths. However, the true toll is expected to be much higher as the country’s healthcare system, ravaged by years of war,