Why is India not on UK's travel ban list, asks Pakistani minister 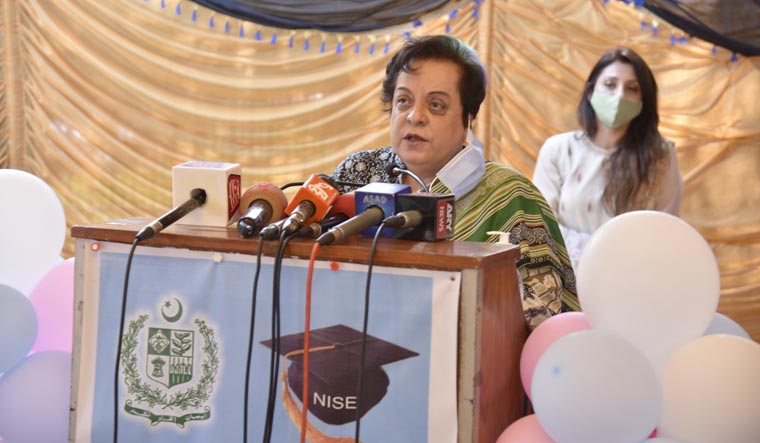 Earlier this month, the UK added Pakistan to its 'red list' of countries from which entry was banned on account of COVID-19.

Entry to passengers from Pakistan to the UK was banned from April 9, unless the travellers were British or Irish nationals or had residency rights. Such excluded passengers would have to be quarantined at a government-approved hotel for 10 days.

On Sunday, Shireen Mazari, Pakistan's minister for human rights, hit out at the restrictions on travellers from Pakistan.

Mazari shared a video of travellers from Pakistan undergoing quarantine in the UK. Mazari tweeted, "This is absolutely shameful - these people have paid 1,750 pounds per person to undergo 10 days of compulsory quarantine in UK & are being treated in this inhumane manner simply bec they happen to be of Pak origin."

Mazari pointed out that India had been left out of the red list. "This discriminatory approach towards Pakistanis and Britishers of Pak origin is yet another reflection of putting Pakistan in list of Red zone countries but leaving out states like India - which has one of the fastest spirals of Covid cases plus a new lethal variant also!" Mazari tweeted.

Interestingly, there have been calls in the UK to restrict travel from India, amid reports that 77 cases of the 'double mutant' variant of COVID-19, which has been prevalent in India, had been found in the UK.

Danny Altmann, an expert from Imperial College, was quoted by Sky News as arguing the discovery of the double mutant variant should warrant India being placed on the red list.

The rise in COVID-19 cases in India has also prompted calls for British Prime Minister Boris Johnson to cancel his upcoming trip to India.

"I can't see why the Prime Minister can't conduct his business with the Indian government by Zoom; so many of us do that these days," Labour MP Steve Reed was quoted by Sky News as saying.