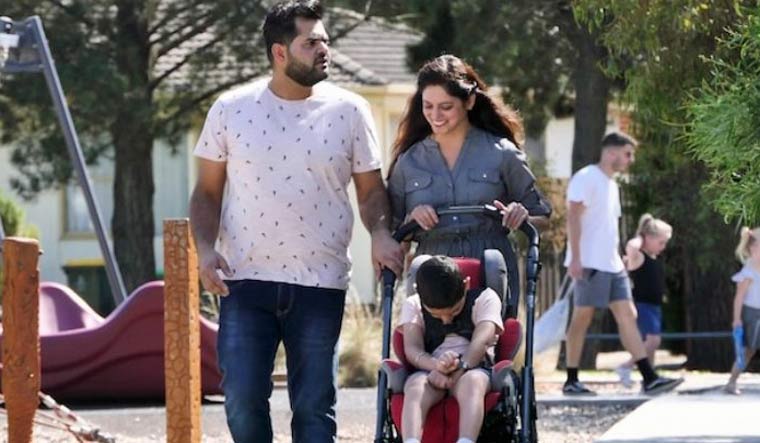 Kayaan Katyal with his parents Varun and Priyanka Katyaal | Twitter

Born to Indian-origin parents, Kayaan Katyal would be an Australian citizen. Only one thing stands in his way—his disability. The family that has been living in Australia for almost a decade now faces eviction. According to the Australian government, bringing up Kayaan Katyal, who has cerebral palsy, would incur the taxpayer a huge sum, ABC News reported.

Kayaan was born to Varun Katyaal and Priyanka Katyal. Varun moved to Australia 12 years ago to learn European cooking and has been a chef in a restaurant. His wife Priyanka moved to Australia eight years ago when the couple got married. The family, who has been paying taxes will be now evicted as their son's disability would cost taxpayers $1.3 million over 10 years. Under the Australian Migration Act, families who aren’t permanent residents can be deported if their children have a disability.

“The only thing that was wrong with our visa application was not in our hands. The things that were in our hands, we did right,” Varun told ABC news.

“This is so heartbreaking. If Australian-born Kayaan Katyal didn't have a disability, he'd likely be an Australian permanent resident by now. Instead, he is facing deportation. Kayaan was born premature at 32 weeks with cerebral palsy,” Elaine Pearson, Australia Director at Human Rights Watch wrote on Twitter.

According to the Australian home department, it is the only reason for the rejection to grant the family permanent citizenship.