To discard Trump or not: The existential question facing the Republican Party

Trump has hijacked the Republican base, but the leaders now want a future without him 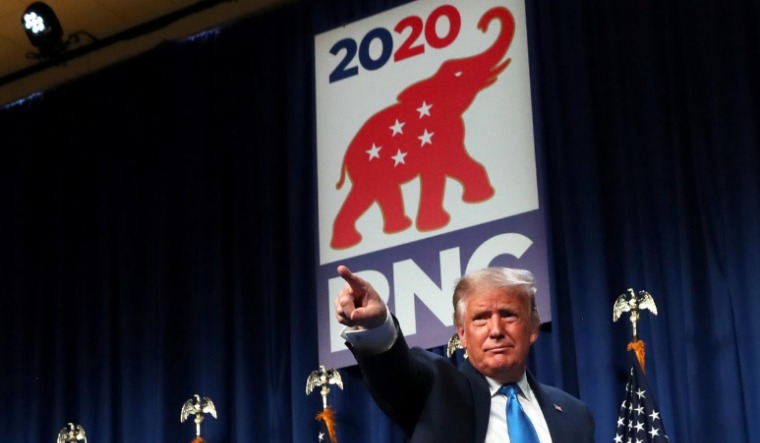 On Wednesday, while voting was underway at the US House of Representatives to impeach President Donald Trump, Republican representative Jaime Herrera Beutler voted in favour of the impeachment motion, saying it was "the only way to defeat fear". The representative was just one among the ten Republicans, including Liz Cheney, who voted in favour of the motion. As Reuters reported, in a break from standard procedure, Republican House leaders had not urged their members to vote against impeachment, calling the vote a matter of individual conscience.

Now, the hearing will move to the Senate, where a two-thirds majority would be needed to convict and remove Trump. This means that at meaning at least 17 Republicans in the 100-member chamber would have to join the Democrats in supporting the motion.

What next for the Republican Party?

The wall of Republican support that has enabled Trump to weather a seemingly endless series of crises is beginning to erode. The choice facing Republicans isn't just about the immediate fate of Trump, who has just seven days left in his presidency. It is about whether the party's elected leaders are ready to move on from Trump, who remains popular with the GOP but is now toxic in much of Washington.

Several major corporations, many of them reliably Republican donors, have promised to stop sending political donations to any of the 147 Republicans who perpetuated Trump's claims of election fraud by voting to reject Biden's victory last week. The fundraising challenge comes at a bad time for the GOP. The Republican Party needs to regain control of the House or Senate in 2022.

If some Republicans had reservations about Trump before the election, they often appeared to be overshadowed by their belief that there would be a political price to pay for openly challenging the president. Even after Trump's loss to president-elect Joe Biden, GOP lawmakers worried about the hold he would have on their party in the coming years and the prospect of a primary challenge in their races if they crossed him. Well aware of this reality, Trump tried to box Republicans in further by vowing to run again in 2024, even without conceding the 2020 election.

Now, there looks to be a big pushback. The New York Times reported that influential Senate Majority Leader Mitch McConnell thinks Trump committed an impeachable offense and is glad Democrats are moving against him. Citing unidentified people familiar with the influential Kentucky Republican's thinking, the publication reported that McConnell believes moving against Trump will help the GOP forge a future independent of the divisive, chaotic president.

McConnell thinks Trump's behaviour before last week's assault on the Capitol by fuming Trump supporters cost Republicans their Senate majority in two Georgia runoff elections, the newspaper reported. That is a sentiment shared by many Republicans about Trump, who, rather than focusing on bolstering Georgia's two sitting GOP senators, spent the last weeks of their campaign reciting his narrative that his own reelection was ruined by Democratic election fraud.

Cheney, the third-most powerful Republican lawmaker in the House, was the first GOP leader to announce that she will vote to impeach Trump. "The president of the United States summoned this mob, assembled the mob, and lit the flame of this attack. Everything that followed was his doing. None of this would have happened without the president. The president could have immediately and forcefully intervened to stop the violence. He did not," she said.