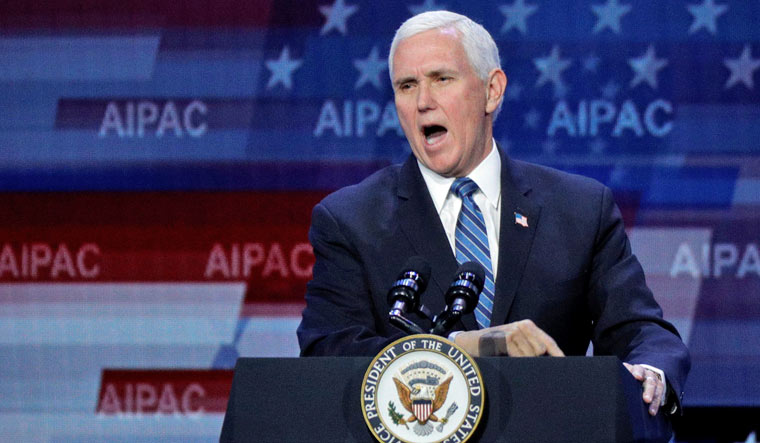 The noose was built. Symbolic? Perhaps worse. The crowd was moving around the gallows outside the United States Capitol like a multi-headed beast, dragging along at places, charging at others.

They scaled the walls and entered what should have been the best-protected building on the planet, the United States Capitol in full congressional session carrying out its Constitutional duties.

Inside, they were searching for Mike Pence and Nancy Pelosi. The strident timber of the voices charged through the air, baying to let loose, unseen currents beneath their angry faces, “Hang Mike Pence!” “Kill that b*tch!”

The atmosphere inside the United States Capitol quickly transformed into terror. Mike Pence and Nancy Pelosi were whisked away by secret service, minutes ahead of running crowds that overwhelmed Capitol security. Congressmen were told to hide under their desks and chairs, others to lay on the ground.

Flashbangs and tear gas blew through the hallways. Rioters blitzed through spraying chemicals at police, chanting in unison, banging on the doors, breaking the glass, fierce mobs trying to pry gas masks away from police, crushing a bloody Washington Metro Police Officer whose desperation and pain were caught on a haunting video. In another spot, another officer was injured and later died.

The chaos was immediate.

There were chants of “We need more people,” and “We need fresh patriots!” Fire extinguisher residue filled the halls, Trump supporters using it to counter tear gas from police while at the same time spraying a yellow chemical straight into the face of the police. Mike Pence and his family were still within earshot.

The crowds flowed like rivers finding paths of no resistance, edges moving faster than others, some simply milling aimlessly around the smoky halls, accumulating, others racing, charging perhaps not knowing in what direction. Flashes from stun grenades can be seen turning the halls a hellish orange, chants of “USA, USA,” devolving into “Arghhhhs,” and a series of on-the-spot comments that lacked direction or clear purpose other than breathless anger.

There was a charge on the speaker’s lobby. A woman broke a window and moved to enter through the broken glass.

“Shots are being fired inside the Capitol chamber,” said Congressman Tom Souzzi of New York. “I checked to make sure that the doors were locked. I checked them.”

With American flags as capes and Trump flags, the insurgent crowd marched to the US Capitol urged by Trump who had said he would walk with them but then retreated to the safety of the White House, reportedly upset that his supporters “looked” low class, but excited as to what they might accomplish.

Like a scene from Les Miserables, middle-aged Trump supporters, many who had flown in from as far as Hawaii to stay in hotels around the area and participate in what was billed as the “MAGA Civil War of January 6” rushed the steps of the capitol, two men reached the top and waived Trump flags back and forth as others ran up the stairs, Q-Anon signs, “Don’t Tread on Me” yellow flags, red MAGA hats, and few facemasks.

The Capitol was breached on the west side. Unruly crowds sprayed chemicals on the hallways and made their way to the Capitol Rotunda where men like Lincoln and Kennedy have lain in state. Groups chanting in unison made their way across Statuary Hall toward the House Chambers, while others made their way toward the back of the Capitol and into Speaker Pelosi’s Office. They tore down the sign, burst their way into her desk, and rummaged through items of presumable high national security value.

The rioters followed Trump’s direction at his “Save America March” rally at the Ellipse park in front of the White House earlier in the day, where Trump insisted the Democrats were taking their country away and charged that he had won the election, which was to be “officially stolen” at a ceremony at the capitol later in the day, presided by Mike Pence.

Gaslighting and lying and stoking people’s fears has been Trump’s clever brand of crowd manipulation, something he has cultivated that for years with the complicit support of the Republican party and partisan media like FOX News, NEWSMAX, OAN. On the day of the riots, the foil was Mike Pence, he would run the proceedings and Trump was determined to control him, by praise or by threat.

Trump’s growing lie that he won the election “by a landslide” and that it was stolen by Biden and the Democrats in the seven states that determined the election was his version of the Nazi, “the Jews run the world”, used to justify attacking Jews in Kristallnacht and others on the Night of the Long Knives.

History was playing itself again. Now trained on Mike Pence as the one who controlled Trump’s world, Trump did what the Nazis did when the Proud Boys of their day were sent to kill political insiders not loyal enough to accomplish their agenda.

It was all riding on a lie because 81,009,468 people voted for Joe Biden, and only 74,111,419 voted for Donald J Trump. The electoral count was 306 Biden to 232 Trump. Multiple counts, recounts, challenges, and 64 lawsuits ratified and certified the votes in each state. Pence had no power to reject any of it, his role was merely procedural, a tradition. The rest is pure Trump farce.

It was no accident the mobs were looking to lynch Pence. Trump had been for days setting up his loyal lieutenant to either break the law or pay the consequences of his wrath. “Mike Pence didn’t have the courage to do what should have been done to protect our country and our Constitution, giving states a chance to certify a corrected set of facts, not the fraudulent or inaccurate ones which they were asked to previously certify,” Trump tweeted. “USA demands the truth!”

Just like that, Trump used his power to turn the trusted Pence into a traitorous scoundrel who had to be disposed of as an example to others in order to keep the alternative reality where people could live and die so that he could find a way to remain in power.

There were plenty of signs of where Trump intended to go. It was widely reported that his pardoned former National Security Adviser Michael Flynn and Rudy Guiliani, the play was to break up the acceptance of the vote — which Trump insisted Pence had the authority to deny. That done, the Flynn recommendations went, Trump could declare martial law and re-run the election to his favor.

In that self-involved cauldron of thought, Trump went from thinly veiled threats to Pence that he would “suffer major political consequences if he refused to cooperate,” to outright putting him in the path of the lynch mob he sent to the Capitol.

“Our country has had enough,” Trump incited the crowd against his vice president. “We will not take it anymore, and that’s what this is all about. To use a favorite term that all of you people really came up with, we will stop the steal.”

“Where’s Mike Pence?!” Back at the capitol, Pence was in danger.

The message was pretty clear. It turns out there were other Trump supporters willing to do what Pence would not do, and angry enough to shout they would hang him.

And that was the moment when Trump became the greatest betrayer in American history. At the very time, the capitol was on lockdown and his vice president was fleeing for his safety when lawmakers were being told to lock themselves in their offices and to “not make a sound,” Trump himself was on the phones calling Senators to stop the process and tweeting “Mike Pence didn’t have the courage to do what should have been done to protect our country and our Constitution.”

“Mike Pence is going to have to come through for us, and if he doesn’t, that will be a sad day for our country,” Trump had told the crowd assembled for his “wild” Save America March, organised just for the purpose of exercising pressure on lawmakers to throw out the results of the election that went to Biden.

In practice, it was all a straight line to Pence. It was laid out that way. Pence would either be the last resort to keep power or he would have to be purged as just another undesirable who made Trump unhappy.

Fearing that Pence was perhaps wielding too much power against his ambitions, Trump discarded the previously ingratiating and obsequious Pence, literally dispensing with his safety and perhaps his life in his mad quest to remain in office.

Now, in the halls of Congress, Trump’s incompetence fell short once more. Unthinkable and unforgivable personal betrayal played out on a national and global state that showed a sordid putsch that threatened to kill the vice president of the United States at the urging of the president himself.

The long knives of Trump’s January 6th “wild” march on Washington did bring about 5 deaths as sacrifices on the altar of Donald Trump. It is perhaps the luck of the nation that one of them was not Mike Pence.

Now the question remains, Will America purge itself of Trump? Or may it still wrap itself in fear of his supporters and fall itself on the long knives of his despair?