Will US sanctions on Turkey over Russian missiles doom Pak plan for choppers, ships? 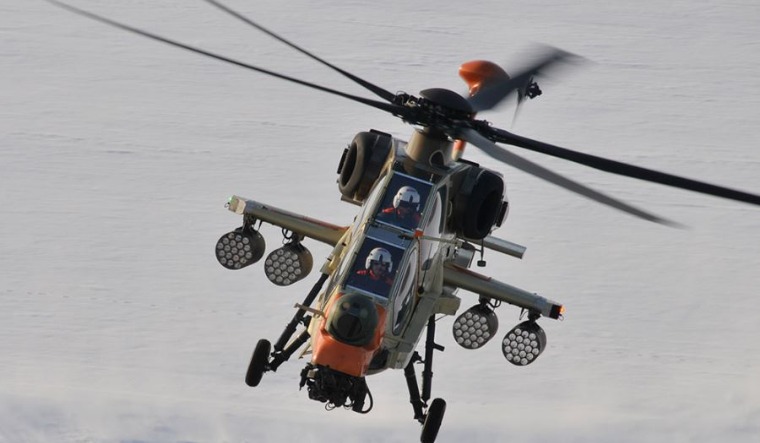 The Donald Trump administration on Monday announced it was imposing sanctions on Turkey for its decision to buy the S-400 air defence missile system from Russia.

The sanctions have been imposed under the Countering America’s Adversaries Through Sanctions Act (CAATSA), a legislation aimed at deterring arms sales by Russia, Iran and North Korea.

US ties with Turkey have been rocked by Ankara's decision to proceed with the purchase of the S-400 missile system from Russia in 2018 in a deal valued at over $5 billion. The deal was significant as Turkey was both a NATO member and a close defence partner of the US. The CAATSA sanctions impose curbs on the Presidency of Defense Industries (SSB), the agency which manages Turkey's arms industries.

The US had already removed Turkey from its role as a partner in the F-35 stealth fighter programme. The CAATSA sanctions include a ban on US loans to the SSB and prohibition of "specific US export licences and authorisations for any goods or technology transferred to SSB”.

The last point may be viewed closely in Islamabad, with the Pakistani military having been keen on building strategic ties with Turkey.

In the last 15 years, Turkish companies have won deals to supply patrol craft and a fleet tanker for the Pakistan Navy and upgrade Islamabad's French-designed submarines.

In 2018, Turkey announced it had signed a deal to sell 30 T-129 attack helicopters to Pakistan. Later that year, a Turkish shipbuilder announced a contract to sell four MILGEM stealth corvettes, which are small multi-role warships, for the Pakistan Navy. Both the T-129 and the MILGEM use US components. While the T-129 is a derivative of an Italian helicopter, the MILGEM was designed by Turkey.

The contract for the 30 T-129 helicopters, with an estimated worth of $1.5 billion, has made little progress as the US had not granted export licences to Turkey. The T-129 is powered by the LHTEC T800-4A engine, built by a consortium of the UK's Rolls Royce and US Honeywell.

The US Congress had denied clearance for export licences for the LHTEC engines given the standoff over the S-400 deal. In August, media outlets reported Turkey had hired lobbyists to attempt to convince the US Congress to allow the export licences. In January, Ismail Demir, head of the SSB, announced Pakistan had given Tukey a 'one-year deadline' to resolve the problem with export licences for the T-129. Turkey has also begun working on an indigenous engine for the T-129, but such an engine is unlikely to be ready in time to meet Pakistan's deadline.

The CAATSA sanctions may well be the final nail in the coffin for Pakistan's T-129 dreams.

Construction of the MILGEM warships—two being built in Istanbul and two in Karachi—has already started.

In October this year, GE announced that it would be providing its LM-2500 gas turbines to power Pakistan's four MILGEM corvettes. The LM-2500 is already in service with the Turkish Navy's MILGEM vessels. Pakistan had indicated the configuration of its MILGEM class vessels would be different from the Turkish vessels, which currently feature extensive US weapons including surface-to-air and anti-ship missiles and anti-submarine torpedoes. A Pakistani admiral had told a Turkish media outlet in 2019 that his country's MILGEM ships would use a medium-range surface-to-air missile system from China.