Is Peru on a sanctimonious streak out to root out corruption? 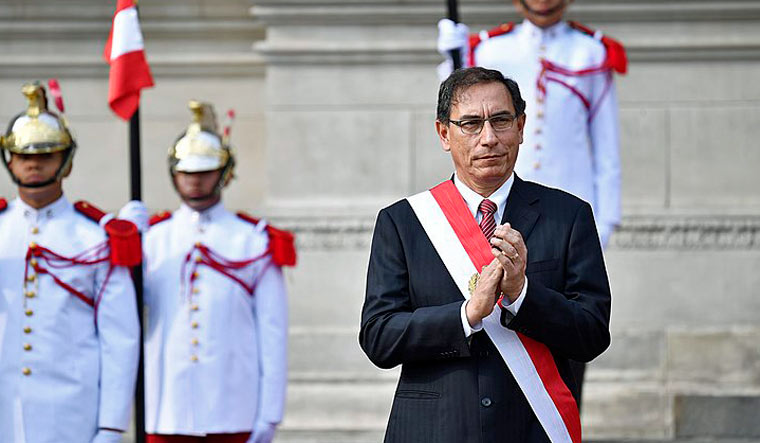 It is a perilous thing to be a Peruvian president. If you want to avoid prison, that is. The country’s cannibalistic political system has devoured the ambitions of those who achieved its highest political office and set up an amazing President-to-prison conveyor that has ensnared all but one of its presidents since 1985. Persecution. Prosecution. Prison. Peru is perhaps the most frequent presidential impeacher of all countries on Earth.

In the past week, Peru’s popular President Martin Vizcarra, in power since 2018, was impeached for “moral incapacity.” As he was scrambling to seek political asylum in next-door Bolivia and avoid arrest, his successor the next-Manuel Arturo Merino, who assumed the presidency November 10th, was forced to resign 5 days into his presidency amid accusations of corruption. Peru’s impeachments result in a forced resignation.
Is Peru a cesspool of corruption? Or is it on a sanctimonious streak out to root out corruption?

The developments have already been dramatic, but the situation in the South American country is even stranger. Sixty eight of the 130 members of Congress accusing Vizcarra are themselves facing corruption investigations and a total of 81 have a record of charges from corruption to money-laundering to homicide.
What is more, Peruvian media report that the whole impeachment process seems to have been directed via Zoom by Antauro Humala, the imprisoned brother of former President Ollanta Humala, serving a sentence for homicide, but giving instructions to his partisans in the legislature support the also charged with corruption Merino in his quest to oust the president.

Antauro is no fan of his older brother Ollanta and has suggested he should commit suicide for the crime, calling him an “ideological illiterate”. He subscribes to ethnocacerism, a type of Peruvian ethnonationalism put forth by their father Isaac which espouses the superiority of copper-skinned people of the Andes focusing on the hate of Chileans and dislike of women and homosexuals, whom he says ought to be summarily executed.

Such sharp-edged machinations from custody are not a surprise in a country where virtually all presidents in recent history — with the noted exception of an 8-month caretaker — have been suspected of corruption and have been jailed, one has avoided jail by suicide, one is awaiting trial, another is in house arrest custody, and the other awaits extradition in custody in the U.S. on a huge bribery scandal.
One would be forgiven to imagine Vizcarra and Merino in a jail cell in the not-too-distant future. The Peruvian presidential chair is a slingshot of sorts that eventually lands presidents in prison.

After running the country for a decade from 1990 to 2000, Alberto Fujimori is in prison serving a 25-year sentence for his role in killings and kidnappings by a death squad during his government’s battle against leftist guerrillas in the 1990s. Amid a developing impeachment process, he used an official trip to Japan to flee there seeking the protection of Japan’s Master Nationality Rule that prevented his extradition considering him a Japanese citizen on the count of his ancestry. After he returned from exile in Japan to run for president and was jailed, prosecuted, convicted and sentenced to a quarter-century of prison.

Valentin Paniagua, an interim 8-month president while new elections were held is the only president that did not find himself in the hot chair.
Alejandro Toledo, who was president from 2001 to 2006 is under house arrest (released from jail on the count of Covid-19) in the tony San Francisco suburb of Menlo Park, California, where the average home value is $2.5 million, awaiting extradition on charges of receiving multimillion-dollar bribes.
Alan Garcia, the handsome grand orator who was once considered the embodiment of the new and brilliant generation of Peruvian politicians, ran the country twice, from 1985, then the youngest man to assume the presidency, to 1990 and then from 2006 to 2011. He shot himself in the head as troops were at his door to arrest him on a graft probe.

Ollanta Humala defeated Keiko Fujimori, the daughter of the former president and became president from 2011 to 2016. In 2017 he and his wife were ordered by a judge to preventative prison while a bribery case against them was investigated along with accusations of related money laundering. They are currently banned from leaving the country and awaiting trial. Keiko, too, has been under arrest for corruption despite not winning the presidency.
Next up was economist Pedro Pablo Kuczynski, president from 2016 to 2018, time in which he was impeached in 2017 and then forced to resign to avoid impeachment following the Odebrecht bribery scandal in which he was accused of lying to Congress and receiving bribes in exchange for contracts. He was ordered to pre-trial arrest while prosecutors prepare corruption charges against him. Released to house arrest due to heart problems, he remains imprisoned at home and is barred from leaving the country.

Vizcarra was considered one of the most popular heads of state in Peru’s recent history. He assumed the presidency when Kuczynski was forced to resign by impeachment for bribery allegations. At the time, Vizcarra promised to fight corruption.
He was impeached for taking bribes several times in 2014 in exchange for awarding public works contracts, but in a lengthy defence before parliament he claimed innocence noting that testimonies against him were from detained businessmen who would get preferential treatment and sentence reductions for their cooperation in indicting him. All evidence against him was oral.

“We have a hypocritical president today who does not mind lying to the nation in order to save his skin,” said a discourse in favour of his ousting, delivered without a hint of irony.
Perhaps in a nod to the lack of evidence, the impeaching congress accused him of “moral incompetence,” instead of specific acts of corruption.

As 76-year-old Francisco Sagasti is sworn in as Peru’s third president in a week, with the charge to keep the peace until new elections in April 2021, the country faces the Covid-19 pandemic with more victims per capita than just about anywhere else on earth and crushing economic depression.

The political situation in the country is chaotic, said the Archbishop of Lima, Carlos Castillo. “We are in need of people who have sanity, who have wisdom, who strategically see the needs of the entire country. Instead is only anger, jealousy and aggression against each other.”
And prison for the former presidents.