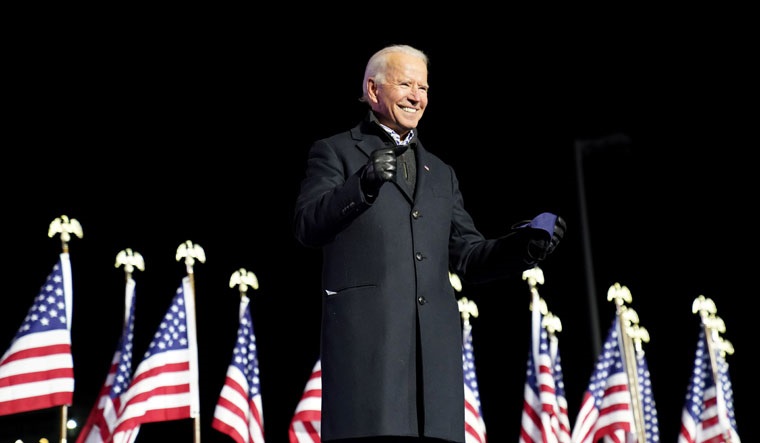 US president-elect Joe Biden has named more than 20 Indian-Americans as members, including three as team leads, to his agency review teams (ARTs) that are responsible for evaluating the operations of the key federal agencies in the current administration to ensure smooth transfer of power.

Biden's transition team said this is one of the most diverse agency review teams in presidential transition history.

Of the hundreds of ART members, more than half are women, and approximately 40 per cent represent communities historically underrepresented in the federal government, including people of colour, people who identify as LGBTQ+, and people with disabilities.

Agency review teams are responsible for understanding the operations of each agency, ensuring a smooth transfer of power, and preparing for President-elect Biden and Vice President-elect Kamala Harris and their Cabinet to hit the ground running on Day One.

At least three Indian-Americans have been named as team leads to various ARTs.

Similarly, Arun Venkatraman has been named to two ARTs Department of Commerce and USTR.

Reena Aggarwal, and Satyam Khanna have been named to the Federal Reserve, Banking and Securities Regulators ARTs; Bhavya Lal for NASA; Dilpreet Sidhu for National Security Council, Divya Kumaraiah for Office of Management and Budget; Kumar Chandran for Department of Agriculture; and Aneesh Chopra to US Postal Service. Almost all of them are volunteers.

These teams are composed of highly experienced and talented professionals with deep backgrounds in crucial policy areas across the federal government.

"Our nation is grappling with a pandemic, an economic crisis, urgent calls for racial justice, and the existential threat of climate change. We must be prepared for a seamless transfer of knowledge to the incoming administration to protect our interests at home and abroad. The agency review process will help lay the foundation for meeting these challenges on Day One," said Senator Ted Kaufman, Co-Chair, Biden-Harris Transition.

The work of the agency review teams is critical for protecting national security, addressing the ongoing public health crisis, and demonstrating that America remains the beacon of democracy for the world, he said.

The transition team announced the agency review teams even as outgoing President Donald Trump's administration has yet to formally recognise Biden as the president-elect.

A formal recognition from the General Services Administration is needed to allow transition staff access to federal workers and much of the information they will need.

Trump, a Republican, has declined to concede the closely-fought November 3 presidential race to Democrat Biden and is mounting legal fights in several key battleground states alleging voter irregularities or widespread fraud in the election, billed as one of the most divisive and bitter in recent American history.

Once the GSA Administrator ascertains the results of the election, the ART members will work directly with staff in federal agencies to ensure that the incoming Biden-Harris administration is able to effectively achieve the policy goals of the president and vice president-elect.

The ARTs will proceed by meeting with former agency officials and experts who closely follow federal agencies, and with officials from think tanks, labour groups, trade associations, and other NGOs.

Many of the ART members have had long careers in the federal agencies they will now help prepare for the incoming Biden-Harris administration, the transition said.