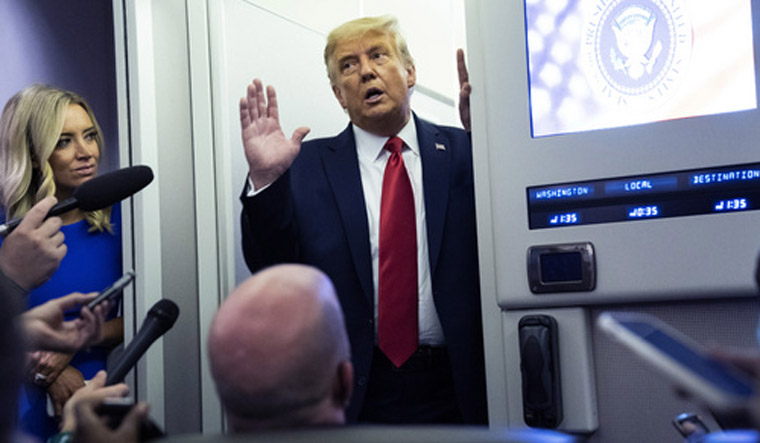 As counting of US presidential election votes continued in multiple states, US President Donald Trump reiterated he would "easily win the presidency" with legal votes cast. Trump also alleged Republican observers were not being allowed at counting centres and declared the US Supreme Court should intervene.

Taking to Twitter early on Friday (US time), Trump wrote, "I easily WIN the Presidency of the United States with LEGAL VOTES CAST. The OBSERVERS were not allowed, in any way, shape, or form, to do their job and therefore, votes accepted during this period must be determined to be ILLEGAL VOTES. U.S. Supreme Court should decide!"

Trump alleged the Democrats had resorted to illegal means to defeat Republican challengers to the Senate to secure control of it. He warned it would help the Democrats on contentious issues such as the Second Amendment (allowing US citizens right to possess firearms) and increasing number of justices on the US Supreme Court (informally called court packing). Trump wrote, "So now the Democrats are working to gain control of the U.S. Senate through their actions on John James, David Perdue, and more. Would End the Filibuster, 'Life', 2A, and would Pack and Rotate the Court. Presidency becomes even more important. We will win!"

Trump also slammed Twitter, claiming the social media giant was out of control. Twitter has continued to censor Trump's tweets following election day. "Twitter is out of control, made possible through the government gift of Section 230!" Trump wrote. Section 230 effectively protects Twitter and Facebook