Pennsylvania, Michigan and Wisconsin: What’s on the ballot in these decisive states?

Three states, 46 votes: What issues will drive voters red or blue in 2020? 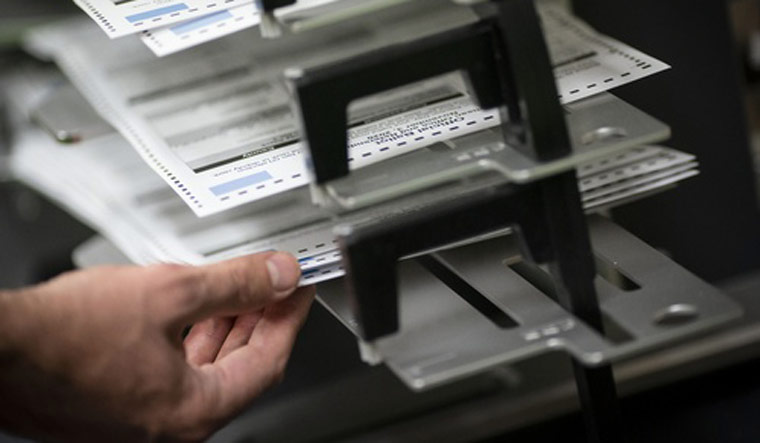 A total of 46 electoral college votes are up for grabs in the three crucial battleground states of Pennsylvania, Michigan and Wisconsin. As the count stood when November 3 ended in the US, Biden was sitting at 238 votes while Trump was at 213.

Should Trump claim both Georgia and North Carolina, he will gain 31 votes and slightly cross Biden’s current tally. The winner will then be picked in the three northern states—particularly in Pennsylvania.

Pennsylvania is Biden’s home state—although Trump has disagreed on this point, telling PA’s voters that Biden “left” when he was nine. It’s also the same state that voted in Trump in 2020.

There are many troubles awaiting the counting process in Pennsylvania. While states like Florida, that have extensive experience with mail-in voting count their votes weeks before the election, officials in PA start the count only at 7:00am on Election Day—thanks to state laws that failed to accommodate for the new realities of distanced voting. Most votes are likely to be counted only by Friday—which means the US and the world will have to wait until Friday to know whether Trump remains POTUS 45 or if Biden becomes POTUS 46.

There are already controversies with the vote. Allegheny County, which voted for Clinton in 2016, saw over 29,000 ballots sent to the wrong voters after the company outsourced to assign addresses made a mistake. This was later corrected, with county officials creating an online tool for voters to see if their ballot was among the ones incorrectly mailed.

With 83 per cent of votes counted, Trump so far has a single point lead over Biden in the state.

Once the home of the US automotive sector, Michigan now suffers from the same industrial decline that has plagued the so-called Rust Belt. With an estimated 80 per cent of votes counted, the state is currently showing Trump in the lead by two points.

With Flint and Detroit being predominantly Black cities, Biden sent former President Barack Obama to campaign on his behalf. Addressing Detroit on Sunday, Obama said Trump’s administration had been lax in its handling of the coronavirus pandemic.

Trump, in turn, has claimed that Biden would end the practice of fracking—a big industry in PA—while Biden has steadfastly denied this.

A state known for its slow voting, the results in Wisconsin could be skewed by challenges to the legality of votes received late. Adding to the delay, a vote-counting machine in Green Bay ran out of ink, delaying the absentee ballot results.

The city of Kenosha is in Wisconsin and the aftermath of the violence seen during the protests held earlier is still being felt. Following the police shooting of Jacob Blake, a Black Lives Matter protest movement emerged in the city. A 17-year-old gunman then shot at and killed two protesters, injuring one more.

Several athletes in the NBA, WNBA, MLS and MLB went on strike in response to Blake's killing, which gave Kenosha nationwide notoriety.

With 89 per cent of votes in the state counted, both Trump and Biden are neck and neck here.

Legal precedents for an uncertain election

This is not to account for legal hurdles that could face this election, as occurred in Florida in 2000 with Bush vs Gore. Since voting machines missed over 61,000 votes, a state recount was ordered by the Florida Supreme Court. Bush moved the US Supreme Court to issue a stay on this recount—which the largely conservative bench went on to do.

With Trump going back on his word and openly questioning the legitimacy of the election, demanding the Supreme Court halt the counting of mail-in votes after Election Day, Democrats have demanded that every vote be counted. Biden campaign manager Jennifer O’Malley Dillon responded to Trump’s statement, calling it “a naked effort to take away the democratic rights of American citizens."

To count every vote in an election can be considered a democratic right. However, these very words were echoed in the 2000 judgement that made Bush president—and not by the side that won.

“Counting every legally cast vote cannot constitute irreparable harm,” argued Justice John Paul Stevens, who added that preventing the recount from being completed would “inevitably cast a cloud on the legitimacy of the election."

To order a stay, the apex court had to believe that the petitioner, Bush, had a “substantial probability of success”. This they did, and their verdict came a full five weeks after Election Day.

The next US President is technically decided only on December 14, when the Electoral College is due to cast their votes. The next President takes office only on January 20. The interim period, during which point the President is supposed to be a lame duck, is sometimes termed the ‘Interregnum’.

There are fears Trump could interfere with the electoral process in this period. States choose their electors based on their own laws, but these electors could in theory opt not to pick the candidate voted for. An article published in The Atlantic quoted a Trump campaign legal adviser as saying that the campaign had discussed the possibility of getting Republican-controlled legislatures to appoint their own electors—a charge Republicans later denied. A spokesperson told the Guardian that this scenario was impossible, especially in states that may have mail ballot problems like Pennsylvania or Michigan, as their Democrat governors would not sign bills repealing laws around electors.