US: Here is what could go wrong on election night Members of the Pennsylvania National Guard and Philadelphia police officers stand outside the Philadelphia Municipal Services Building on the eve of the 2020 General Election in the United States, Monday, Nov. 2, 2020, in Philadelphia |AP Photo/Matt Slocum

The 2020 election sure seems like none other. At a time when the world is still battling the coronavirus pandemic and at the heels of racial unrest, the US gears up to choose its next president. With swing states changing every four years and the electoral college deciding the fate of the polls, it remains to be seen whether it will be the incumbent Donald Trump or Democratic candidate Joe Biden. 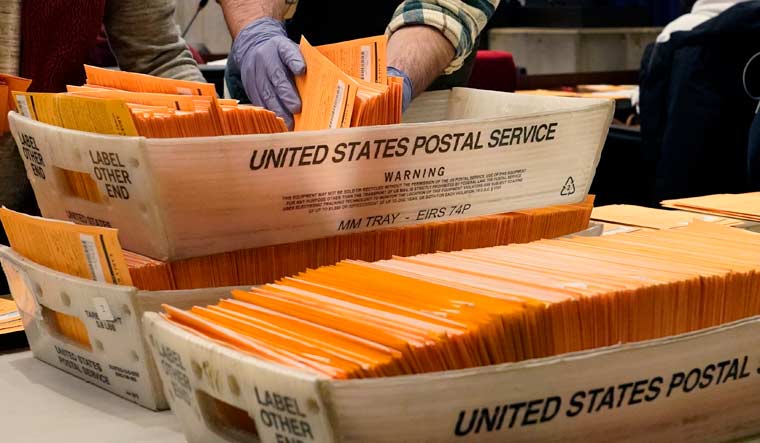 More complications are expected this year with close to 90 million Americans opting to vote early or via mail-in ballots. This is likely to delay the declaration of results and could well cause unrest among citizens.

Analysts are expecting the worse and they might be right in doing so. There are several ways in which the results of the elections could get skewed. The results are expected to be known sometime close to noon (US local time) on Wednesday, November 4. But in all likelihood, with all the mail-in ballots being accounted for, the final tally could take longer.

It is expected that counting in some states could take days or even weeks—and thanks to the electoral college system, if one of those states becomes a crucial deciding factor, people could be waiting for days or weeks to find out if Trump has won a second term, or if Biden will be sworn in as America's 46th president.

And if the final tally isn’t announced by Wednesday evening, citizens have nothing else to do but wait. But, there are chances that Trump could declare victory on election night itself—though he has said that he won’t be doing this. He did, however, say that he is preparing for a legal battle post the election. 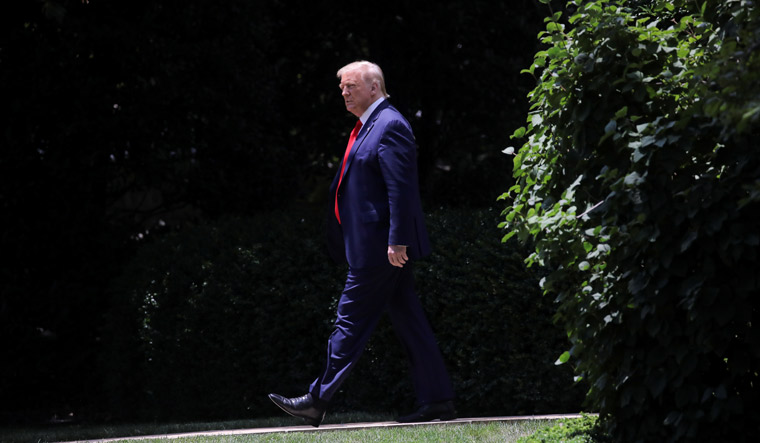 “We are going in the night of—as soon as the election is over—we are going in with our lawyers," he said as he criticised the decision taken by the Supreme Court to allow ballots to be received after Election Day in several battleground states.

In 2000, when Democratic candidate Al Gore ran against George Bush, the winner was unclear on election night because Florida was still undecided and numbers showed that Bush had won Florida by such a close margin that state law decided a recount was needed. A month-long legal battle ended the recount in favour of Bush, who won Florida by a margin of 0.009 per cent. And while it was Al Gore who gained the popular vote, the decision swung in Bush’s favour because of the electoral college.

It is highly likely that a similar scenario may be repeated this time, more so with Trump already readying to go in with lawyers on election night itself. The key state Bush won in 2000 included Arkansas, Arizona, Florida, Kentucky, Louisiana, Missouri, Nevada, New Hampshire, Ohio, Tennessee and West Virginia—all of them had voted Democratic in 1996.

Another possibly worrying factor is foreign influence on the results. Trump has long maintained that if Biden wins, China wins—insinuating that China could influence the election results to favour team Biden-Harris. Democrats, on the other hand, have maintained that Trump won the elections in 2016 due to interference of Russian hackers. Russian interference in the 2016 elections intact was proved and President Trump was impeached over the same.

There is no evidence that Russians have infiltrated voting systems like in 2016. A delay in declaring results might give Russian or Chinese trolls a chance to spread disinformation or even implant malware (security officials believe this may already be lying dormant in voting systems).

The National Security Agency (NSA), for example, has been targeting Russian spies by knocking them off the internet, while, the State Department has worked to revoke visas for those they deem working to influence the election.

Voter intimidation is another thing that can affect the polls. President Trump has been asking his supporters to go observe the polling booths closely for fraud. The President, in short, was asking people to commit a federal crime as it is is illegal in all 50 states for citizens to loiter around polling places and intimidate voters. The Republican Party even went on to create a multimillion-dollar effort to recruit 50,000 volunteers to watch the polls.

Lastly, even though Trump has said he will accept the results peacefully, there is a likelihood that he may not.