No damage was reported, though schools on the peninsula were evacuated 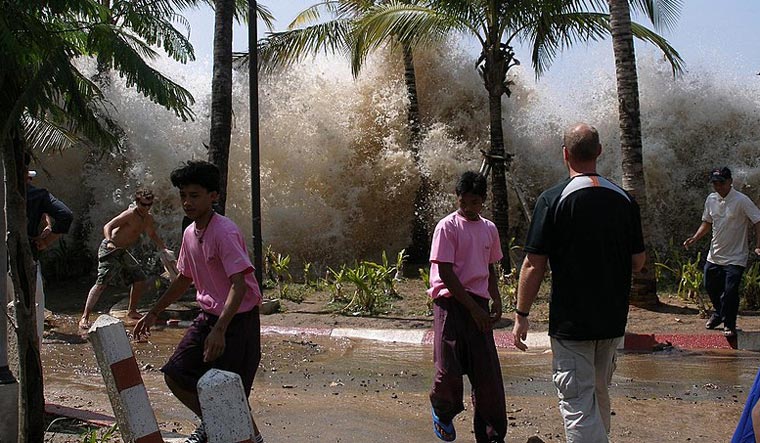 A tsunami was generated after an earthquake of 7.5 magnitude hit Alaska on Monday. the tsunami sent two waves; each measuring 130 centimetres (4 feet, 3 inches) high. Eyewitnesses say the waves appeared to be 1.5 feet (45.7 centimetres) and 2 feet (61 cm) over high tide. The National Tsunami Warning Centre is monitoring the harbours in a 500-mile area along the Alaska coastline.

Few aftershocks measuring 5.9 and 5.8 on the Richter scale struck in one hour after the quake.

Some of the families that experienced the quake hid under tables. "We did feel it," Sand Point Clinic employee Lorna Osterback told CNN. "This is a big one.” “We expect we will have another one in about half an hour," she added. David Adams, a co-manager of a bed and breakfast in Sand Point, told The Associated Press that the quake "was a pretty good shaker here" and said, "the structure itself is sound."

While no damage was reported, schools on the peninsula were evacuated. The quake occurred 56 miles southeast of Sand Hill and nearly 600 miles southwest of Anchorage. Emergency sirens were activated and police in the city of Homer urged those living in low-lying areas to move to higher ground while the alert was in place.

A Tsunami advisory was put in place for the Hawaiian Islands, but, according to The National Weather Service in Los Angeles and San Diego, there was no tsunami threat to the West Coast.