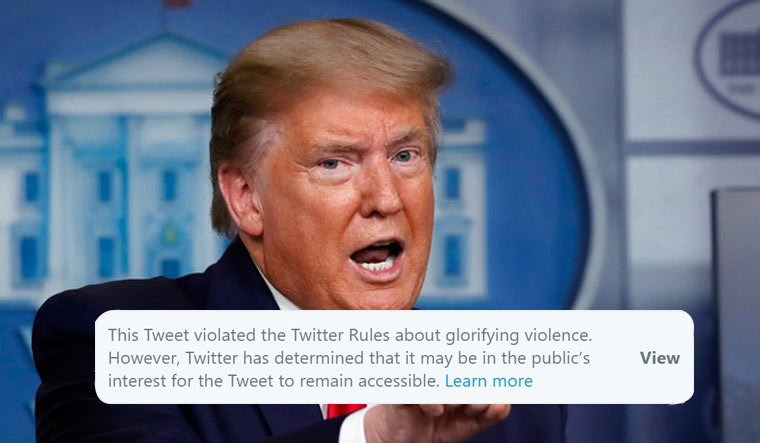 With just 19 days to go for the US election, Twitter has doubled down on enforcing its policies. After the New York Post published a story citing documents recovered from a hard drive belonging to Hunter Biden, son of Democratic nominee Joe Biden, Twitter started taking down all links to the story, saying it violated their norms around publishing private information and hacked material. Facebook also limited sharing of the link.

The images contained in the articles include personal and private information — like email addresses and phone numbers — which violate our rules.https://t.co/plPa5SZ3we

The story highlighted an alleged meeting between Biden and a Ukrainian businessmen associated with his son Hunter. Biden had earlier claimed he had no involvement in his son’s business ventures with the Ukraine business.

The Biden campaign have claimed that his schedule on the day of the alleged meeting shows that no such meeting took place.

Nonetheless, the ensuing backlash saw a host of conservative handles attempt to share the story anyway and subsequently get their accounts locked: White House Press Secretary Kayleigh McEnany received an email from Twitter saying her account had been locked, after she tweeted, “**NEW** Email from Ukrainian executive to Hunter Biden asks Hunter to 'use his influence' on behalf of the firm paying him $50K/mo in email with subject 'urgent issue' obtained by @nypost Father @JoeBiden was in charge of Ukraine relations at time.!!””.

Next up was Team Trump itself—the official Twitter handle for Trump’s 2020 campaign. The account posted a video calling Joe Biden a “liar”, prompting Twitter to take it down for referencing the now infamous NY Post article.

Trump’s team later posted the entire article on their own website to sidestep Twitter’s ban on links to the original piece.

Facebook too limited linking to the article, saying it was part of the “standard process to reduce the spread of misinformation”.

The incident sparked condemnation of Twitter for ‘censoring’ conservative handles. One tweet, retweeted by Trump, accused the social media platform of meddling in the 2020 election.

Had to see for myself lol. Twitter is meddling in the 2020 election by covering up corruption and lies from its preferred candidate. It will not even let me tweet the link as a Tinyurl. This is YUGE. #Biden #BidenCrimeFamily pic.twitter.com/ypn17mygl5

Twitter CEO Jack Dorsey was among those who said the company’s response may have been too heavy handed.

Our communication around our actions on the @nypost article was not great. And blocking URL sharing via tweet or DM with zero context as to why we’re blocking: unacceptable. https://t.co/v55vDVVlgt

One user asked Dorsey whether Twitter shadowbanned users based on their political tweets, to which Dorsey replied saying, “No”.

“So terrible that Facebook and Twitter took down the story of “Smoking Gun” emails related to Sleepy Joe Biden and his son, Hunter, in the @NYPost. It is only the beginning for them. There is nothing worse than a corrupt politician. REPEAL SECTION 230!!!” Trump tweeted on Wednesday.

Section 230, essentially, guarantees legal immunity to social media platforms for the content posted by their users. However, the Department of Justice has sought to implement new legislation that would limit this immunity, adding on Trump’s ordinance to “prevent online censorship” which curbs some of these protections.