How the US continuously monitors Pakistan's F-16 fighters 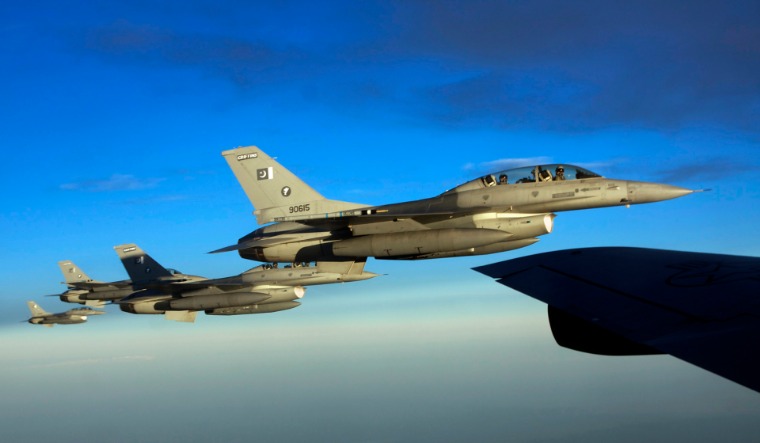 For much of 2019, Pakistan's purported use of its F-16 fighters in the aerial skirmish over Kashmir was a hot topic of debate. From questions over whether the Indian Air Force shot down a F-16 to whether Pakistan flouted agreements with the US by using the fighters, the F-16 remained in the news.

Earlier this week, a US website, which covers national security and foreign policy issues, gave details of how the US monitors Pakistan's F-16 fleet.

War on The Rocks referred to the US experience in monitoring Pakistan's F-16 fleet in a commentary on the ongoing tension with Turkey over the latter's purchase of Russian S-400 missiles. In 2019, the US 'ejected' Turkey from the F-35 stealth fighter programme after Ankara decided to continue with its purchase of the Russian S-400 missiles, despite warnings from the US.

Pakistan first purchased the F-16 from the US in 1981, ordering 40 fighters. But the US embargoed an order for 28 F-16 jets in the 1990s over concerns about Pakistan's nuclear weapons programme. The US resumed sales of the F-16 in 2005 in the wake of Pakistan's assistance in the fight against al Qaeda. Pakistan and the US have spent about $3 billion on upgrading the F-16 fleet after the US lifted sanctions on Islamabad.

Despite Pakistan deciding to make the Chinese JF-17 its mainstay fighter, the F-16 remains the most capable aircraft in its air force.

War on The Rocks notes "When it approved the sale of advanced F-16s to Pakistan and the upgrade of older models, the United States also insisted on an unprecedented level of oversight of the program. In order to protect the technology it was exporting, Washington required Islamabad to accept and pay for the deployment of a US technical security team at the Shahbaz and Mushaf air force bases—the two locations where the advanced F-16s were to be deployed."

One of the two authors of the commentary on War on The Rocks noted he was personally involved in monitoring Pakistan's F-16 fleet.

"Each technical security team is made up of four to five U.S. Air Force personnel and some 30 contractors who keep a round-the-clock watch on Pakistan’s advanced F-16s," War on The Rocks noted.

The article explained the US technical security team was tasked with ensuring "the Pakistan Air Force uses its F-16s as intended, does not modify them or the weapons they carry and does not share the technology with unauthorised parties". It claimed the US required Pakistan to restrict access to bases where F-16s were stationed and separate them from other aircraft, such as the Chinese-designed JF-17.

The War on The Rocks commentary notes that in the event of an emergency, "even continuous monitoring can’t prevent the Pakistan Air Force from using its F-16s in ways the United States doesn’t like". It cited the aerial skirmish over Kashmir in February last year as an example. It also claims the US government attempted to downplay allegations Pakistan violated end-user agreements. "The US State Department has expressed concern about the incident, but did not directly accuse Pakistan of using its F-16s against India. Instead, it admonished Islamabad for moving some of its F-16s to bases not approved by the United States, indicating that both sides would prefer to let the issue rest," War on The Rocks notes.

The commentary notes the US has had a robust partnership with the Pakistan Air Force and argued the US monitoring of the F-16s would serve as a model to sell the F-35 to Turkey and ensure its security from potential Russian surveillance. US experts had previously warned Russia could gather information on the F-35 using sensors on the S-400 missile system.

Concerns about possible misuse of the F-16 by Pakistan have been expressed for decades. In 1993, veteran investigative journalist Seymour Hersh wrote in The New Yorker magazine Pakistan was working to mate nuclear bombs to its F-16 fighters. Hersh wrote that the US intelligence community knew Pakistan's F-16 fleet had trained to carry out low-level delivery of nuclear bombs.