Viewers simply can't believe the man is the father based on casting, performance 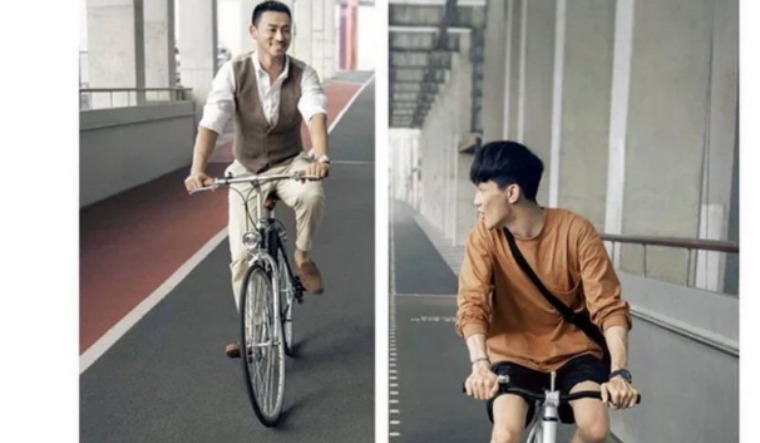 French luxury jewellery designer Cartier released an ad in China to promote its jewellery, including its iconic trinity ring. The minute-long ad that featured two men as a romantic couple, besides other groups in cars and at beach fronts wearing the tri-colour band, has reignited discussion about the country's taboo around LGBTQ rights.

The ad clip ends with the message, “How far would you go for love?”

There are no subtitles or narration in the video. The ad features groups of friends or couples—and even a few images of two women hanging out together. But, it is the depiction of a romantic relationship between two men that sparked the controversy. “Viewers simply can't believe the man is the 'father' based on the casting and performance,” wrote one user on Weibo, China's equivalent of Twitter.

Another Weibo user wrote that they were “fine with two men wearing rings as a couple, but not so much with a father and son”.

But in the ad, there is no clarity as to whether the two men shared a gay partnership as the video only shows the duo enjoying platonic activities like listening to music and cycling together. The caption, however, read, “Father and son. Bonded by love. Happily sharing life’s journey.”

The ad released just ahead of Qixi festival, that falls on August 25, the Chinese equivalent of Valentine’s Day.

China, since 2016, has banned portrayals of what is viewed as “abnormal sexual behaviours”, including gay relationships, in television and online shows.

Businesses too have stayed away from any such material in their ads or related promotional media to avoid running afoul of government restrictions.

But the idea has been touched upon, indirectly—like an ad for Tmall in January that creatively featured a gay couple—the same, however, wasn’t acknowledged by Tmall’s parent company—Alibaba.

Gay rights advocates say they feel both “upset and resigned” about the latest Cartier episode.

In 1997, China decriminalised homosexuality and in 2001, declassified it as a mental disorder. But, the Chinese community still remains deeply steeped in its bias against the LGBTQ community.