US imposes sanctions on Carrie Lam, 10 others, over Hong Kong policy 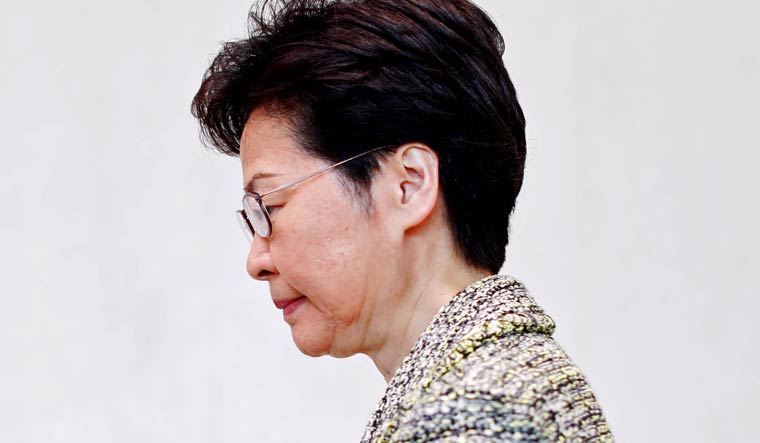 The US Treasury Department on Friday imposed sanctions on Hong Kong Chief Executive Carrie Lam and ten other Hong Kong and Chinese officials for undermining Hong Kong’s autonomy restricting the freedoms of its citizens.

“Today, the Department of the Treasury imposed sanctions on 11 individuals for undermining Hong Kong’s autonomy and restricting the freedom of expression or assembly of the citizens of Hong Kong,” the Treasury Department said in a statement.

“E.O. 13936 declares a national emergency with respect to the situation in Hong Kong, including recent actions taken by the People’s Republic of China to fundamentally undermine Hong Kong's autonomy and democratic processes, and provides for the imposition of sanctions on actors engaged in these malign activities. E.O. 13936 also builds on and implements provisions of the Hong Kong Human Rights and Democracy Act of 2019 and the Hong Kong Autonomy Act of 2020,” the department said.

The order comes as Trump signs executive orders banning Chinese apps TikTok and WeChat, alleging a threat to US national security. Relations between China and the US have plunged since the COVID-19 pandemic.

Hong Kong witnessed mass protests through 2019 as its citizens took to the streets to protest a controversial extradition bill that could result in Hong Kongers getting extradited to mainland China to face prosecution for certain crimes: Under the ‘One Country, Two Systems’ setup in place since the British handover of Hong Kong, the city has enjoyed far greater democratic freedoms than the rest of mainland China. Fears that these freedoms were being eroded led to a larger pro-democratic movement that eventually led to the bill—which was pushed by Lam—to get withdrawn.

However, the passing of the national security law by China ended up allowing Hong Kongers to be tried in China anyway, and resulted in a draconian crackdown on pro-democratic activists in Hong Kong. Protesters started getting arrested under the law while pro-democracy legislators were disqualified from the coming legislative elections.

Several countries cancelled their extradition agreements with China following the law, as it allows for the international prosecution of those who are deemed in violation of it.

The Treasury Department’s move is one of the strongest international responses yet, coming after Trump signed the executive order in July ending the preferential economic treatment Hong Kong had received compared to the rest of China—which included lower trade tariffs and a separate customs framework to that of China.

“The recent imposition of draconian national security legislation on Hong Kong has not only undermined Hong Kong’s autonomy, it has also infringed on the rights of people in Hong Kong, allowing mainland China’s security services to operate with impunity in the region, mandating “national security education” in Hong Kong schools, undermining the rule of law, and setting the groundwork for censorship of any individuals or outlets that are deemed unfriendly to China," the Treasury Department said.

“The United States stands with the people of Hong Kong and we will use our tools and authorities to target those undermining their autonomy,” said Secretary of the Treasury Steven T. Mnuchin.