The shrimp may not be contagious, but the safety standards around them could be lax 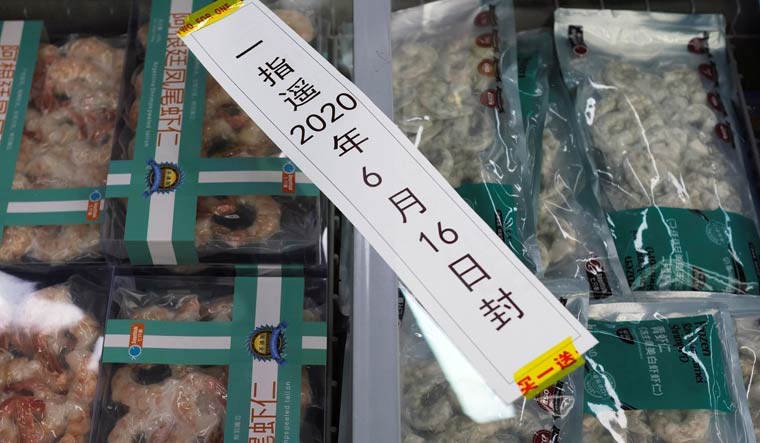 Chinese customs authorities on Friday announced that imports from three shrimp producers in Ecuador would be temporarily suspended after traces of the novel coronavirus were detected in the packaging of frozen white shrimps in a recent shipment.

Six positive results were found in shrimp shipments checked by customs in Dalien in China’s Liaoning province and in Xiamen in the Fujian province. The traces were found on the outer packaging and inner wall of containers from Industrial Pesquera Santa Priscila SA, Empacreci SA and Empacadora Del Pacifico Sociedad Anonima Edpacif, according to a statement by the General Administration of Customs (GAC). Test results from the shrimp itself and the inner packaging, however, were negative.

“After nucleic acid sequence analysis and expert judgement, the test results suggested that the container environment and the outer packaging of the goods of the three companies were at risk of contamination by the new coronavirus, and the companies’ food safety management system was not in order,” the GAC said in a statement.

"Experts believe that the results do not mean they are contagious but that the companies' food safety management systems are not well implemented," Bi Kexin, director of the food import and export safety bureau, said to reporters.

Shrimps produced by these three firms after March 12 are to be either recalled or destroyed, the GAC said.

The results were picked up on July 3 from Dalian and Xiamen, and had likely spent at least a month frozen in a container en route to China, according to a Rabobank analyst speaking to Reuters.

According to the Global Times, several Chinese online platforms have already stopped sales of Ecuadorian shrimps.

According to the statement by China’s General Administration of Customs, the test results indicate that the container environment and outer packaging of goods of these companies risked contamination by the coronavirus, with the food safety management systems of the three firms reportedly not in order.

However, shrimps imports from Ecuador as a whole will not stop, though they will face greater scrutiny. Shipments that are already going through nucleic acid sequence analysis and testing, and which show negative results, will be allowed for sale.

So far, there is no evidence that coronavirus can spread via frozen foods. According to WHO interim guidance from April, “It is highly unlikely that people can contract COVID-19 from food or food packaging. COVID-19 is a respiratory illness and the primary transmission route is through person-to person contact and through direct contact with respiratory droplets generated when an infected person coughs or sneezes. There is no evidence to date of viruses that cause respiratory illnesses being transmitted via food or food packaging.”In addition, the FDA also says there is no evidence of the virus spreading through packaging, yet, but advises that general food safety guidelines are followed, included washing one’s hands for 20 seconds with soap and water after handling takeout containers.

Ecuador is one of the largest exporters of shrimp in Latin America, and exported $1.9 billion worth of shrimp to China in 2019 according to the National Aquaculture Chamber.

India, one of the world’s largest exporters of shrimp, may be affected by the move, as an excess of supply from Ecuador as well as a rise in exports from Indonesia had driven shrimp prices in India down. However, Indian exports to China are reportedly being held up in ports on the pretext of COVID-19 inspections, according to Undercurrent News.