‘The only thing we have to fear is fear itself’: FDR’s words resonate louder than ever

One must stay optimistic during this unprecedented testing and distressing times 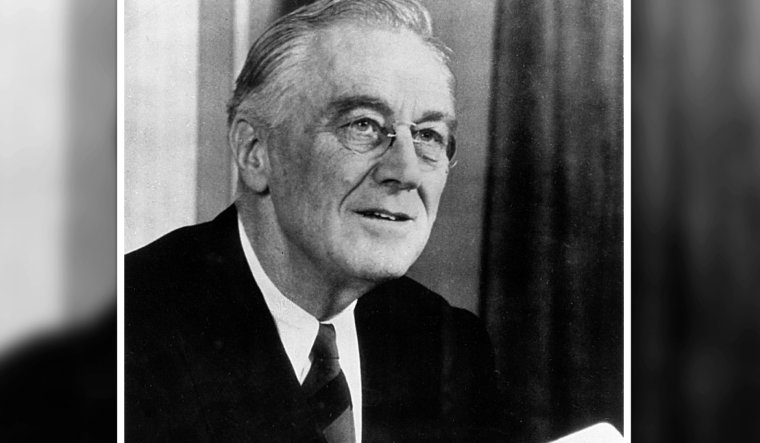 Franklin D. Roosevelt was the 32nd president of the United States | FDR Library via Wikimedia Commons

“The only thing we have to fear is fear itself,” the famous quote of Franklin D. Roosevelt (FDR) resonated with me in these days of fear over the Coronavirus infection. While researching on this, I came across the film Warm Springs which focuses on FDR’s paralytic stroke and how he overcame the disability and fear and became one of the greatest presidents of the United States.

The quote about fear was not just a rhetoric of FDR’s inaugural address, written by clever speech writers. It came from the bottom of his heart, based on his own personal fears after he was paralysed in August 1921. During his summer stay in the family vacation home at Campobello Island in Canada, he went for a swim in the lake. When he came back, he had pain in the legs and hips. He went to bed. But he could not get up or stand or walk thereafter. The doctor diagnosed it as infantile paralysis or polio which was prevalent at that time among children but hit the adults also rarely. He was paralysed from waist down and lost the use of his legs. He needed help to dress, undress and to use the toilet and bathroom. He was devastated and devoured by dark thoughts.

At that time, he was a strong and healthy 38-year-old ambitious man with a promising future ahead. He used to play polo, golf and tennis. He enjoyed shooting, sailing and rowing. He had studied at Harvard and Columbia universities and became an Assistant Secretary of Navy in the Federal government. He had attended the inauguration of his uncle Theodore Roosevelt as president. FDR was a rising star and had dreams of a promising future until the tragedy struck in 1921.

Besides suffering from severe pain, FDR felt anger and shame. He felt angry when other people sympathized and pitied. He was ashamed since he was considered a “cripple”, a stigma at that time. So he left his family and went away to Florida and spent time in his house boat. There he heard of the “warm springs” a resort in Georgia which had thermal springs that helped with hydrotherapy. But when he went there, he was even more angry. The sight of other crippled people around him disgusted him. The resort was poorly maintained and restricted the use by cripples, except for during off season. The healthy, rich people who used the thermal resort during the season did not like the presence of cripples. When FDR insisted on using the springs during the season, he was given separate timings and had to use separate rooms for dining since the “healthy” guests did not like to see cripples in the main dining room. FDR felt humiliated.

It was at this time that a physiotherapist arrived to the rescue of FDR. She helped him with exercises and more importantly changed his mindset. She helped him get out of denial and his mental paralysis. She made him accept and live with the reality. She made him feel comfortable with his own body besides feeling at home in the crowd of other disabled people. It was only then that he started a new life. He started joining the group activities and began to laugh and enjoy their company. He invested his own money and bought the resort and improved the facilities. Even after he left the resort, it continued as a reputed rehabilitation centre in the country. In fact, his life insurance money after his death was pledged to the trust which ran the centre.

Born in a wealthy aristocratic family, FDR had lived a privileged life. It was only after his own physical suffering and seeing the misery of other fellow polio victims that FDR discovered true compassion and empathy for the disadvantaged. These new virtues of FDR motivated him even more for his New Deal policies to make life better for those unemployed and impoverished by the Great Depression.

When he was fighting the pain with shame and anger, the last thing on his mind was politics. He just wanted to get away from everyone and wanted to live privately. Even his possessive mother favoured his retirement from public life. But his friend and political advisor Louis Howe kept insisting for FDR’s return to politics. Eleanor, his wife, also supported it so that he could divert his mind from his private suffering. So reluctantly, FDR agreed to go back to New York and revive his political career. He won the election to be the governor of New York state in 1928. He then contested and won four consecutive elections to Presidency, a record in the electoral history of the country. He led the US at the most challenging and traumatic times of the Great Depression and the second World War from 1933 to 1945. 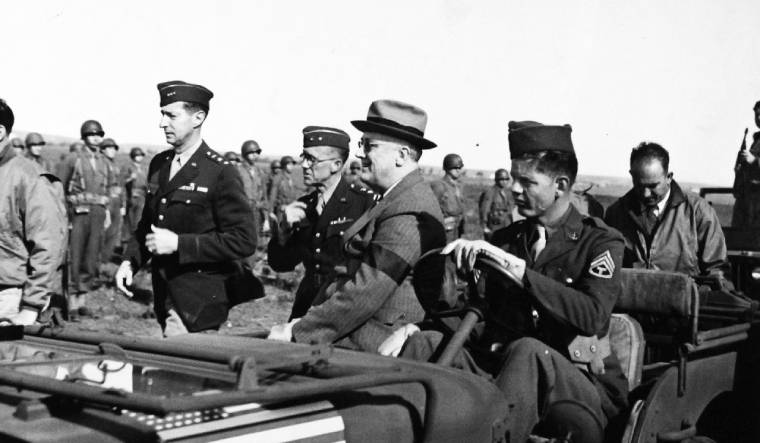 Former US president Franklin D. Roosevelt riding in a jeep, reviews US troops at Rabat, French Morocco, during the Casablanca Conference, January 14-24, 1943 | Official National Museum of the US Navy website

FDR’s handicap was kept as a kind of secret from the public. He did not want the people to see his disabled condition and ensured that he was never seen using his wheel chair in public. His public appearances were carefully choreographed to hide the secret of his handicap. He would walk a few steps on the stage with the help of metal braces from hip to foot on both sides and holding on to clutches or cane. He usually appeared in public standing upright, supported on one side by an aide or one of his sons. The press and photographers also quietly collaborated and never talked about his handicap or published photos of him in wheel chair. Thank god, there was no Trump or Fox news at that time. The only time he moved around in wheel chair publicly was when he visited the hospital with wounded and amputated soldiers. He joked with them that he did not need legs to become president.

Throughout his public life after 1921, he had the constant fear that he might fall while trying to walk with the help of braces. He feared that his secret of disability might be exposed and political career finished.

There was another secret, too. Before the paralysis, FDR had fallen in love with his wife’s social secretary Lucy Mercer. When his wife Eleanor found out and confronted him, he wanted a divorce. They had five children at that time. But the strong-willed and widowed mother of FDR ruled out divorce as a stigma for the family. She threatened to cut off FDR’s inheritance. So he agreed to continue with the marriage and stop seeing Lucy. This happened just before the paralytic attack. But many years later, FDR started seeing Lucy again secretly. In fact, she was with him when he died in 1945 at a southern resort, while his wife was in Washington DC.

The old fox had even more secrets. He had enjoyed the company of many young women and had secret affairs, even as president. Perhaps, the handsome and virile FDR felt the need to prove himself even more after the disability. What is remarkable is that his children knew these escapades and were even accomplices to keep the old man happy. Eleanor came to know about these after FDR’s death. 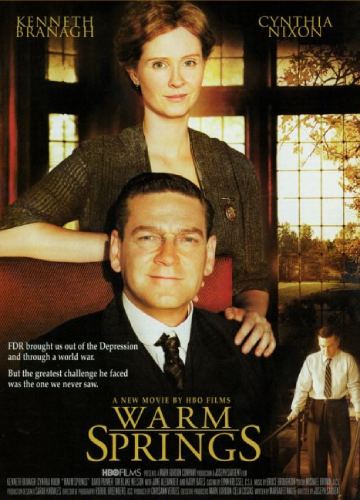 ‘Warm Springs’ is based on Franklin D. Roosevelt

Both in public and private lives, FRD kept his sufferings to himself fiercely. He did not want to share his feelings of fear, pain and grief. He suffered silently and stoically. He was lonely and tried to avoid as much as possible help from others. He always pushed his boundaries of disability, bearing pain and taking risks. This made him stronger mentally. He went beyond containing his suffering. He went out of his way to look cheerful, charming, lively, playful and humorous in public. These relentless efforts for external appearances became ingrained as habits gradually and became mark of his personality.

The successful way in which FDR managed to overcome his disability, pain and fears gave him extra self-confidence when he competed with his opponents in politics. This is the secret of his extraordinary success to have been elected as four-term president, a record in American history.

The poignant and powerful movie of FDR’s story in Warm Springs is inspiring to stay positive and optimistic during this unprecedented testing and distressing times.