Moral of the story: You cannot invade Russia while hooked on Pervitin 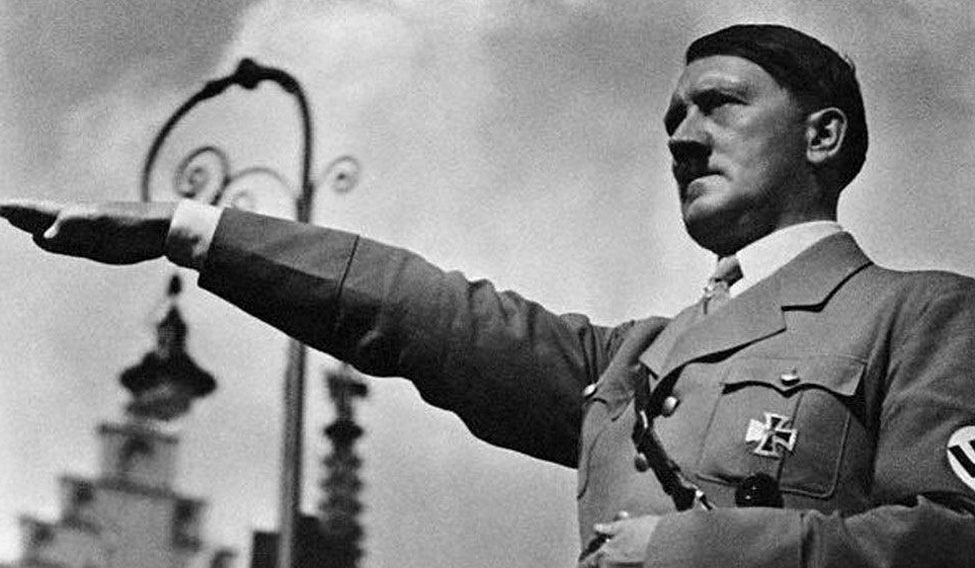 In his acclaimed book How Hitler Could Have Won World War 2: The Fatal Errors that Led to Nazi Defeat, historian Bevin Alexander narrates how close Nazi Germany under Adolf Hitler came to winning the Second World War. He attributes the defeat to a series of crucial misjudgments. Hitler, according to Alexander, tasted initial success with an iron-clad philosophy: Strike an enemy at his weakness and not his strength. In 1941, when Hitler decided to invade Josef Stalin’s USSR, he made the biggest mistake of all: he jettisoned that strategy.

According to Alexander, Hitler did not have to choose this course of action. Germany was at the peak of its powers, and on the verge of global domination. Hitler had already defeated France, the mightiest Army in Europe, and all but removed Britain’s influence in the continent. But, a frontal USSR invasion was an entirely different beast. It was an immense and risky mission, requiring German troop and resource mobilisation on an unparalleled scale.

Writes Alexander: “[If Hitler had taken the] Suez Canal, the way would have been open to German armoured columns to overrun Palestine, Transjordan, the Arabian peninsula, Syria, Iraq, and Iran. This would have given Germany unlimited supplies of the single commodity it needed most: oil.”

“This could isolate Turkey, threaten British control of India, and place German tanks and guns within striking distance of Soviet oil fields in the Caucasus and along the shores of the Caspian Sea.”

Stalin would have buckled into submission.

But Hitler’s overconfidence led him to invade the Soviet Union head on. His Operation Barbarossa failed miserably, courtesy a sustained Soviet counter-offensive, the onset of harsh winter, and the sheer vastness of the Soviet landscape. On April 30, 1945, as Hitler shot himself in a bunker, troops from a victorious Soviet Union marched into Berlin.

To commemorate the victory, Russia will host a huge military parade in Red Square today. Numerous dignitaries will be in attendance, including India’s Defence Minister Rajnath Singh.

But, could the course of history have been different? What caused Hitler to take the decisions he did in his final days?

Drugs in the second World War

Hitler suffered from episodes of “delusions of grandeur” quite divorced from reality; this, says journalist Norman Ohler in his acclaimed book, Blitzed: Drugs in Nazi Germany, could be attributed to an uncontrolled substance addiction.

For long, the Nazi regime had painted a carefully manicured image of Fuhrer Hitler. He was a teetotaller, a non-smoker, one who practiced abstinence and a strict vegan; advertised as a tactical genius and an iron disciplinarian who would pull Germany out from the moral rut that it had gotten itself into. But, Ohler paints a very different picture of the man who portrayed himself the supreme commander of a master race. Hitler was hopelessly addicted to drugs, while his army, the Wehrmacht (the unified German forces), was fed a steady diet of methamphetamines, helping them fight for days on end. Drugs became an essential part of the German forces' blitzkrieg (lightning warfare). After taking Pervitin, soldiers reported “euphoria, an increase in attention span, clear intensification of performance, a pronounced alertness and a feeling of freshness".

It is pertinent to note that use of drugs is not an uncommon phenomenon in war time. In the First World War, use of cocaine was rampant. In Second World War, as scholar Lukasz Kamienski has documented, Japanese carried out large-scale preparations of methamphetamine Philopon, and allied forces Britain, the US both issued Benzedrine to the military to ward off fatigue. But, in Germany’s quest for ‘super soldiers’, things got out of hand.

In Ohler's retelling of the drug explosion in Germany, two characters stand out: Hitler's personal physician Theo Morrell and Professor Otto F. Ranke, who served as the director of Research Institute of Defence Physiology. Hitler met Morrell at a time when he was a physical wreck—he suffered from severe stomach and abdominal pains, bloating, eczema in his legs and foot. After curing him of his then ailments, the doctor put him on intravenous vitamins and glucose to help the leader fight fatigue and illness. According to Ohler, Hitler's drug use later expanded to Mutafor, Brom-Nervacit, bull semen and crystal meth.

The usage of drugs grew at breakneck speed among the civilians and military units. The Temmler factory situated in Berlin started pumping out drugs—highly addictive methamphetamines trademarked under the brand name Pervitin. Ranke played a pivotal rule in popularising Pervitin among the Wehrmacht, who considered fatigue their greatest enemy. In fact, immense use of Pervitin had a significant impact on some of Nazi Germany's most successful military campaigns.

Hitler’s 1939 invasion of France, then considered a suicide mission, depended on amped up German forces crossing river Meuse into the border city of Sedan before French forces could arrive. The strategy worked.

Amid Germany’s prepared Soviet invasion, the darker side of the drugs would soon start manifesting among the Nazi troops. In some, it took the form of psychotic episodes, physical exhaustion, depression, extreme addiction, cardiac arrest and even death. Hitler himself in his later years was a neural wreck, with reports that he was afflicted with the Parkinson’s Disease.

According to The National Post, the tactical disadvantages of the drug became particularly evident in USSR as the ability to forego sleep wasn’t tremendously useful—Stalin’s Red Army simply kept retreating into its vast territory. “In the end, the prolonged battles of the Eastern Front [Soviet side] proved more suited to an army fortifying itself with vodka than an army stuck in the up-and-down roller coaster of a Pervitin addiction.”

“You can’t take Russia with crystal meth,” the publication quoted Ohler as saying.

The Soviets, meanwhile, preferred to self-medicate with vodka. According to Killer High: A History of War in Six Drugs by Peter Andreas, the vodka ration in the Red Army was set at 100 grams per day per person. Stalin told then British foreign minister that the Soviets “fought better when drunk”. The book quoted one Soviet colonel as saying: “When our soldiers find alcohol, they take leave of their senses. You can’t expect anything from them until they have finished the last drop. If we hadn’t had drunkenness like this, we would have beaten the Germans two years ago.”

The end of the war

The Wehrmacht, the world’s most elite fighting force, initially made impressive gains in the Soviet front in 1941. Kiev soon fell, and Stalin’s Red Army sustained heavy losses from Leningrad to Vyazma. But, manpower was aplenty for the Soviets. Stalin directed sustained counter-offensives against the Germans, who, despite the horrid roads and sheer vastness of the USSR landscape, were slowly closing in on Moscow. Then October came with rains that turned the territory into a swamp, effectively slowing down the Germans and their tanks. By December, as the Nazis came within spitting distance of the capital city, winter fell.

The Germans couldn’t acclimate to the harsh Russian winter; frostbites became commonplace and their equipment froze. From that moment, Soviets turned the tide.

Hitler refused a tactical retreat and carried on the front foot. But, America and Britain had organised by then, and targeted the Third Reich and its European positions. By 1945, Hitler had committed suicide and the war had ended.