Garrett Rolfe, who shot Brooks, could face a life sentence without parole 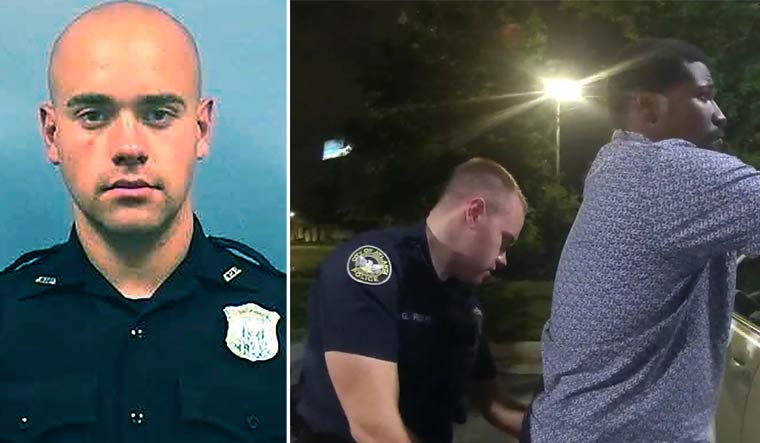 Garret Rolfe, the former Atlanta police officer who shot Rayshard Brooks in the parking lot of a Wendy’s restaurant, has been charged with murder, the district attorney’s office announced Wednesday.

Rolfe who faces 10 other charges could face a possible sentence of life without parole or the death penalty, Fulton County District Attorney Paul Howard said.

In light of reports of the Atlanta police department experiencing a higher than the usual number of call-outs with the incoming shift, Atlanta Mayor Keisha Lance Bottoms, said, some officers were staying on longer to make up the difference after officers were called out. She added that the city could would partner with other departments across the area for assistance if needed.

Rolfe’s previous instances of misuse of firearms include a 2015 incident when he and two other officers shot at Jackie Jermaine Harris, who was caught driving a stolen vehicle. In 2017, Rolfe received a written reprimand for using his firearm and there have been other incidents including vehicular accidents and complaints from citizens.

The video released by the police shows Brooks talking to the police for almost a half-hour and the police conducting a sobriety test on him, which he failed. Things took a turn for the worse when police attempted to handcuff Brooks. He grabbed the stun gun of one of the officers and started running away. This is when officer Rolfe fired his service weapon.

According to the Fulton County District Attorney, Brooks never presented himself as a threat. He was very peaceful and cooperative from the time he was awakened in his car by the police officer. He even moved his car to another location when asked to do so by a police officer and did not display signs of aggressive behaviour.

The District Attorney mentioned that no medical help was sought after Brooks was shot.

Tomika Miller, Brooks’ widow, said a separate briefing Wednesday evening she was “very grateful” the district attorney was providing the truth of what happened to her husband that night.