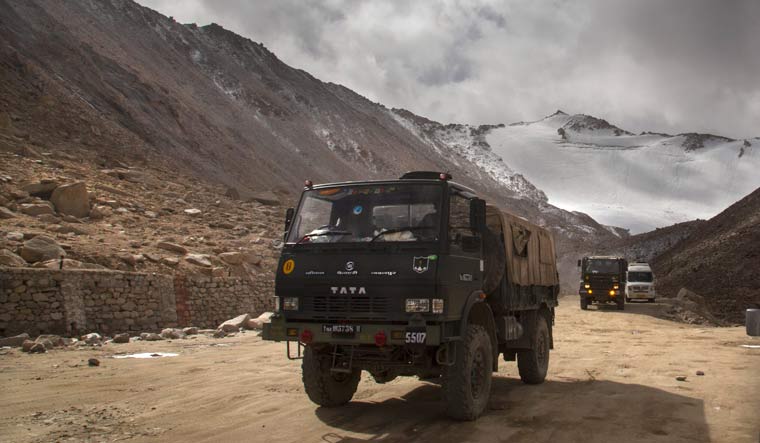 While India and China announced earlier this week they were cutting troop numbers to end a standoff in Ladakh, the situation on the Line of Actual Control remains fluid. Media reports claim the Indian Army and Air Force have been "fully activated" to respond to the Chinese build-up even as Army officials from both nations continue talks.

Amid the tension at Ladakh, a Chinese diplomat in Pakistan has ruffled feathers. Wang Xianfeng, who is press officer for the Chinese embassy in Pakistan, on Thursday tweeted a report from a Chinese analyst on India's move to abrogate Article 370 in August 2019 and bifurcate Jammu and Kashmir into the Union territories of Jammu and Kashmir, and Ladakh.

Wang Xianfeng tweeted, "India's actions of unilaterally changing the status quo of Kashmir and continuing to exacerbate regional tensions have posed a challenge to the sovereignty of China and Pakistan and made the India-Pakistan relations and China-India relations more complex." The report Wang Xianfeng shared was written by Wang Shida, deputy director of the Institute of South Asian Studies at the China Institutes of Contemporary International Relations (CICIR), a think tank. CICIR is believed to have close links to China's intelligence service.

The report by Wang Shida is titled India blinded by double confidence. In the report, Wang Shida claims that following the abrogation of Article 370, India opened "up new territory on the map" with respect to China. Shida writes, "On the Chinese side, India 'opened up new territory on the map,' incorporated part of the areas under the local jurisdiction of Xinjiang and Tibet into its Ladakh Union territory, and placed Pakistani-administered Kashmir within its so-called Union territories of Jammu and Kashmir. This forced China into the Kashmir dispute, stimulated China and Pakistan to take counter-actions on the Kashmir issue and dramatically increased the difficulty in resolving the border issue between China and India."

Wang Shida alleges "Hindu nationalism is prevalent in India and that the Indian authorities and the strategic community have been blinded by so-called double confidence." Wang Shida explains the reasons for this ‘double confidence’ as being the BJP’s political predominance following two landmark Parliamentary election wins in 2014 and 2019 and the US cozying up to India, seeing it as a counterweight to China.

In recent days, a number of Pakistani media outlets, including The Nation, Express Tribune, The News International and state-run Associated Press of Pakistan have given coverage to Wang Shida's analysis.

Amitabh Mathur, a former official of the Research and Analysis Wing, told Hindustan Times that Wang Xianfeng's tweet was an attempt to "reassure Pakistan". “It seems as if the Chinese are leaning on us and the situation isn’t as simple as some are making it out to be. It’s also strange that such a tweet emanated from a Chinese official in Islamabad. There is a Pakistani connection to it and it’s almost as if the Chinese are trying to reassure the Pakistanis,” Mathur was quoted as saying by Hindustan Times.