Work progressing on possible Chinese naval base in Pakistan?

In 2017, it was reported China intended to station its marines at Gwadar 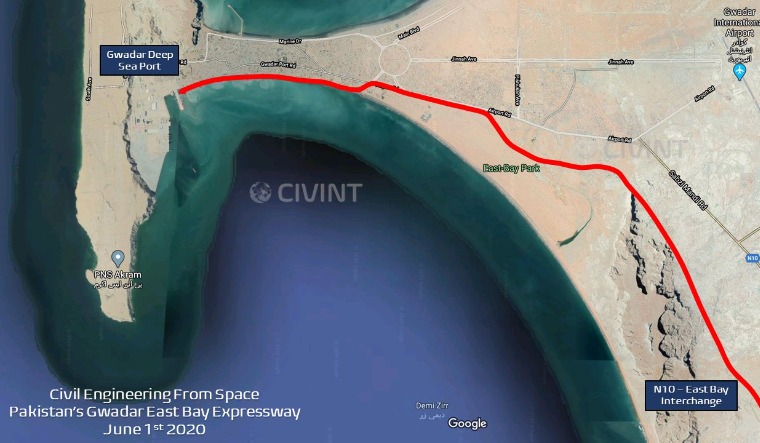 The Pakistani port of Gwadar, built with extensive Chinese assistance, has been a major talking point in geopolitics over the past two decades.

Gwadar, which began formal operations in November 2016, is considered a lynchpin of the $46 billion China-Pakistan Economic Corridor, whereby goods to and from China can be transported overland via Pakistan to Xinjiang. This would reduce the need for China to depend on the longer sea route via the Malacca Straits.

However, Gwadar, which is located close to Pakistan's border with Iran, has also been considered as having military importance. It has been touted as being a potential base for China's rapidly growing People's Liberation Army Navy. On Tuesday, Forbes published an article that analysed satellite imagery of Gwadar that could indicate plans are afoot to build a naval base.

Forbes reported satellite imagery showed new structures built at Gwadar in recent years. "One of them, identified as being used by a Chinese company involved in port development, has unusually high security," Forbes noted. The company was identified as China Communications Construction Company, a state-owned enterprise.

"It has anti-vehicle berms, security fences and a high wall. Sentry posts and elevated guard towers cover the perimeter between the fence and the inner wall. This suggests armed guards with rifles," Forbes reported. Forbes added that some of the facilities in Gwadar could be used for housing Chinese marines.

In March 2017, reports indicated that China planned to increase the size of its marine forces from 20,000 personnel to 1 lakh and deploy them to areas such as Gwadar and Djibouti, the first overseas Chinese naval base.

In January 2018, a Chinese analyst, with links to the government, told the South China Morning Post that Beijing intended to use Gwadar as a logistics facility for its navy. South China Morning Post then reported, "Zhou Chenming said the base near the Gwadar port on the Arabian Sea would be used to dock and maintain naval vessels, as well as provide other logistical support services."

In May, media outlets reported that China was expanding its base in Djibouti, which was opened in 2017, to accommodate large ships like aircraft carriers and amphibious assault ships. This included construction of a 330-metre pier that can be used for aircraft carriers.