What is Antifa, the left group Trump tagged 'terrorists'? Its history traces to Mussolini-era

Antifa is open to violence, arguing that fascism thrives under liberal tolerance 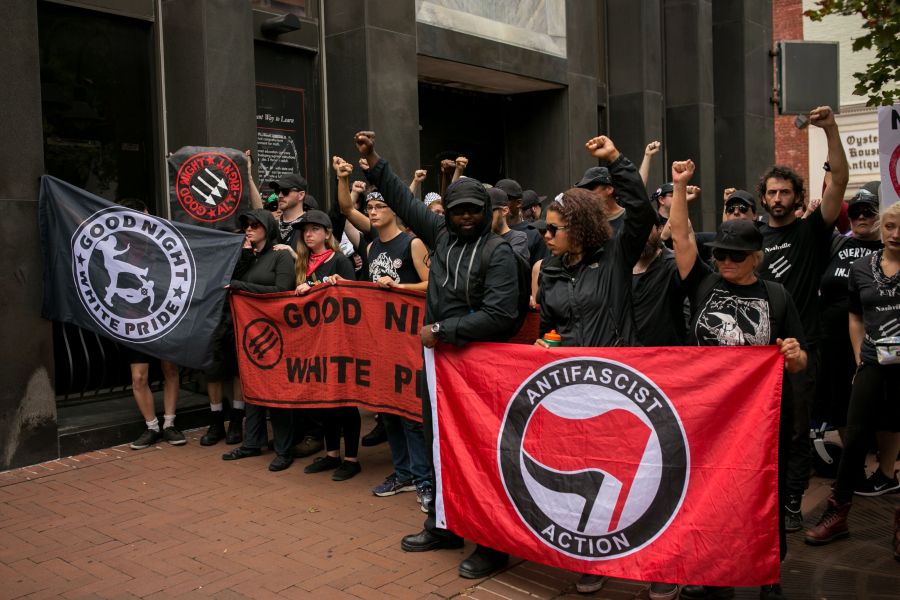 US President Donald Trump has said that America will designate "far-left extremist group" Antifa as a terrorist organisation in view of its role in violence across the country after the killing of a black man by a white police officer in Minnesota. Antifa, regarded as a militant, left-wing, anti-fascist political activist movement in the US, comprises autonomous activist groups that aim to achieve their political objectives through the use of direct action rather than through policy reforms.

The United States of America will be designating Antifa as a terrorist organisation, Trump said in a tweet on Sunday. The Trump administration is blaming this far-left extremist group for the sudden spike in violent protests across the country after the brutal killing of African American man George Floyd in Minneapolis. Almost all states in the US suffered in one of the worst race riots in the country in decades.

The US remained a tinderbox of anger and emotion as rioting and looting linked to the protests left a trail of destruction .The unrest initially began in Minneapolis in Minnesota but has now spread across the country, with reports of violence coming in from across major cities including Los Angeles, Chicago, New York, Houston, Philadelphia and Washington DC.

The violence instigated and carried out by Antifa and other similar groups in connection with the rioting is domestic terrorism and will be treated accordingly, Attorney General William P. Barr said in a statement. The Trump administration alleges that it appears the violence is planned, organised and driven by anarchistic and far left extremists using Antifa-like tactics, many of whom travel from out of state to promote the violence.

So, what is the Antifa?

History of the Antifa

US Historian Mark Bray, author of Antifa: The Anti-Fascist Handbook, tracks the history of the movement back to loosely coordinated socialists, communists, working class, and other liberal groups that took on fascism in the 1920s. He cites one of the earliest examples as Arditi del Popolo (The People’s Daring Ones), militia that fought against [Italy] Benito Mussolini’s infamous Blackshirts. The modern version of the Antifa, that has taken root in the US post the election of President Donald Trump, is rooted in the more recent manifestations of the movement in the 1970s and 80s across Europe.

Peter Beinart in The Atlantic noted that fascism withered after World War II, Antifa did too. "But in the ’70s and ’80s, neo-Nazi skinheads began to infiltrate Britain’s punk scene. After the Berlin Wall fell, neo-Nazism also gained prominence in Germany, and Antifa resurged in response."

Dressed in all black and wearing masks, members of the US Antifa hail from a variety of left wing, trade union, labour, and anarchist movements, criticising capitalism and seeking to dismantle structures of authority, including police forces, New York Times reported. They have good organisation capabilities over social media and congregate occasionally on the streets in response to right wing groups.

What set the Antifa apart was its openness to the use of violence for the achievement of political ends. According to Bray, the Antifa reasoning was that the rise of fascist groups affected the most marginalised groups the most, and that, throughout history, fascism has captured state power through legal and constitutional means. Antifa argues that fascist movements thrive and strengthen under state protection and liberal tolerance.

Let us take a look at some famous Antifa movements. In the 1920s and 30s, left movements like the Red Front Fighter's Leagues and the socialist Iron Front clashed regularly with Nazis and other fascist groups. The formation of the International Brigade during the Spanish Civil War in 1936 is another example. Dubbed by historians as the 'premature anti-fascists', the group was set up by the Communist International (ComIntern) to support the Spanish Popular Front government which was under threat by the Nationalist Insurgency movement supported by Hitler's Germany and fascist Italy during the Civil War. Thousands of communists from across Europe, irrespective of nationality, surged into Spain to support the International Brigade.

Bray, in his book, also cites the 1936 Battle of Cable Street in the UK, when a ragtag group of left activists firebombed and clashed with a procession led by Oswald Mosley of the British Union of Fascists.

The contemporary Antifa in the United States first came to the national forefront in 2017, when it sparked a wave of property destruction in University of California, Berkeley, preventing right wing provocateur Milo Yiannopoulos from a scheduled address. One of the Antifa members, in a viral video, publicly punched white supremacist Richard Spencer. There were incidences of vandalism after Trump's inauguration. They publicly clashed with armed white nationalist protesters who congregated for a 'Unite the Right' rally in Charlottesville, Virginia.

Even within the liberal left circles Antifa tactics have been critcised. Democrat and House Speaker Nancy Pelosi decried “the violent actions of people calling themselves "Antifa” and said they should be arrested. Popular left writer Noam Chomsky called Antifa a "fringe movement" and a "gift to militant right". "As for Antifa, it's a minuscule fringe of the Left, just as its predecessors were," Chomsky told the Washington Examiner. "It's a major gift to the right, including the militant right, who are exuberant."