What does it mean for Hong Kong? 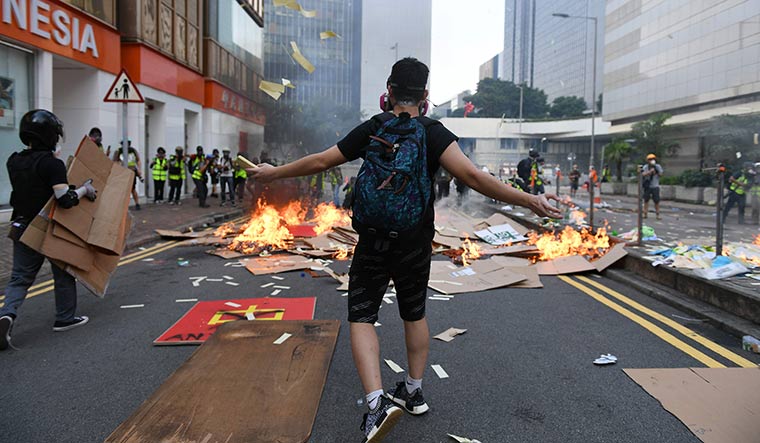 US Secretary of State Mike Pompeo on Wednesday described China's announcement to tighten its control over Hong Kong as unilateral, arbitrary and disastrous, saying the former British colony no longer qualifies to be considered as autonomous under mainland China.

Hong Kong is a Special Administrative Region (SAR) of China. It has observed a "one country, two systems" policy since Britain returned sovereignty to China on July 1, 1997, which has allowed it certain freedoms the rest of China does not have. But, China had recently imposed a new national security law on Hong Kong, claiming the legislation is aimed at containing "secessionist" forces.

The US over the last few days had expressed concerns over the new Chinese law and had indicated of taking steps against it. In a statement, notifying to the US Congress, Pompeo said Hong Kong does not continue to warrant treatment under United States laws in the same manner as US laws were applied to Hong Kong before July 1997. The top American diplomat said that he took this decision after carefully studying developments as the US State Department is required by the Hong Kong Policy Act to assess the autonomy of the territory from China. No reasonable person can assert today that Hong Kong maintains a high degree of autonomy from China, given facts on the ground, he said.

What does the legislation entail?

The new law would proscribe secessionist and subversive activity as well as foreign interference and terrorism in the city—all developments that had been troubling Beijing for some time, but most pressingly over the past year of increasingly violent anti-government protests, Hong Kong-based South China Morning Post reported.

The move is also significant in that China's central government appears to have all but given up hope that Hong Kong's administration will succeed at passing local legislation on such a law, amid a hostile political environment and deeply divided city, the report said. Pro-democracy activists had said they feared "the end of Hong Kong" if China brought the new security law.

When the Chinese law was announced, Pompeo had called it a "death knell for the high degree of autonomy" that Beijing had promised the territory.

"Hong Kong has flourished as a bastion of liberty. The United States strongly urges Beijing to reconsider its disastrous proposal, abide by its international obligations, and respect Hong Kong's high degree of autonomy, democratic institutions, and civil liberties, which are key to preserving its special status under US law," Pompeo said in a statement.