WHO says Latin America is the new epicentre of COVID-19 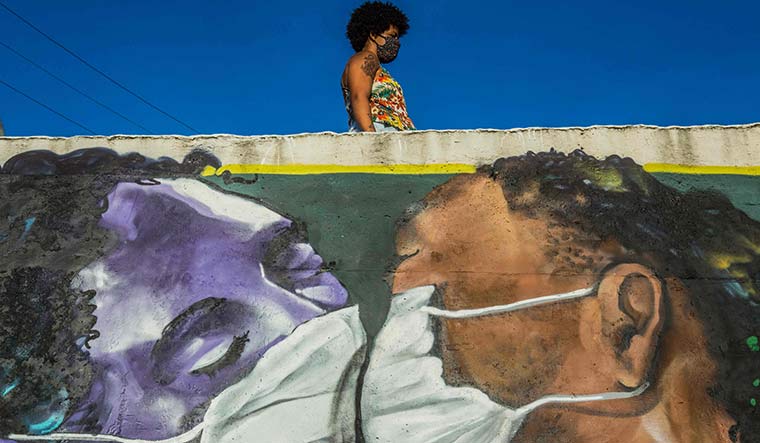 As per a WHO report, Latin America is the new epicentre of the coronavirus pandemic. COVID-19 cases in Latin American nations cumulatively have surpassed those in Europe and the United States, the director of the Pan American Health Organization Carissa Etienne was quoted as saying in a CNN report.

According to Dr Etienne, there have been more than 2.4 million cases and more than 143,000 deaths in all of the Americas, and the region ”has become the epicentre of the COVID-19 pandemic”.

The WHO shared the concern and said that it is particularly concerned about accelerating outbreaks in Peru, Chile, El Salvador, Guatemala and Nicaragua.

With Brazilian President Jair Bolsonaro downplaying the virus and calling it a ”little flu”. PAHO is also concerned about the number in Brazil. The number of new cases reported in Brazil last week ”was the highest for a seven-day period since the outbreak began,” Etienne said.

A study by the University of Washington warned that the country's total death toll could climb to 125,000 by early August. The Institute for Health Metrics and Evaluation (IHME) forecast came with a call for lockdowns that Brazil's right-wing president, Jair Bolsonaro, has resisted.

According to Johns Hopkins University figures,  Brazil had 374,898 infections in total and 23,473 deaths by Monday and became the first country to overtake the United States in the number of coronavirus infections.

“Now is the time to stay strong, to remain vigilant, and to aggressively implement proven public health measures. We have learned from other regions, we have learned what works and what doesn't and we must continue to apply this knowledge to our context, ” Etienne said.

Peru and Chile are the other nations in the region that have been hit badly. It has 77,961 confirmed cases of the coronavirus so far, while Peru has 130,000 confirmed infections.

Coming back to Brazil, Sao Paulo’s governor Joao Doria has said that his city has been the worst hit with more than 83,000 cases.

Doria was quoted in a CNN report as saying that ”The behaviour of President Bolsonaro is the wrong behaviour. He is against social isolation. He's against the orientation of science," adding that in Sao Paulo, ”we support social isolation, we recommend to the people to use masks and stay home”.