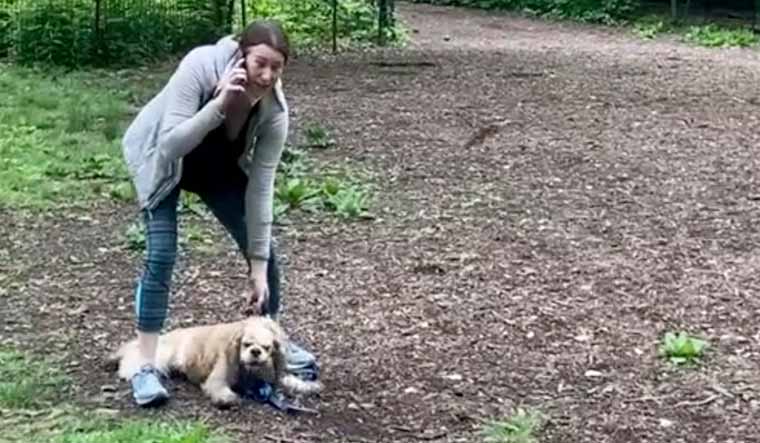 A New Yorker, while walking her dog at Central Park, on Tuesday called the police after a spat with an African-American man. Their dispute began when the man, who was bird watching at the wooded area of the park called Ramble asked her to put her dog on a leash.

Christian Cooper can be heard on the video, asking her to put her dog on a leash as per rules of the Ramble area as he feared it might endanger wildlife. The woman, Ms Cooper, is heard saying in the video, "I'm taking a picture and calling the cops. I'm going to tell them there's an African-American man threatening my life."

Oh, when Karens take a walk with their dogs off leash in the famous Bramble in NY’s Central Park, where it is clearly posted on signs that dogs MUST be leashed at all times, and someone like my brother (an avid birder) politely asks her to put her dog on the leash. pic.twitter.com/3YnzuATsDm

The incident came amid amounting allegations of police violence against African-Americans, in the aftermath of the killing of George Floyd in Minnesota by a police officer who pressed his knee into Floyd's neck.

The investment firm Franklin Templeton fired Ms Cooper following an internal review after the incident came to their notice. In a tweet, the company said, that she had been fired effective immediately.

“Following our internal review of the incident in Central Park yesterday, we have made the decision to terminate the employee involved, effective immediately. We do not tolerate racism of any kind at Franklin Templeton,” the tweet said.

The woman later apologised and said that she had overreacted. “I sincerely and humbly apologize to everyone, especially to that man, his family,” she was quoted as saying in an NBC report.

Ms Cooper was later also charged with animal cruelty. In an attempt to make the call to the police, she appeared to be choking the animal with the leash as she tried to restrain it. After the video went viral, she returned the dog to an animal shelter.